Trump's new budget or the goring of the Oxen 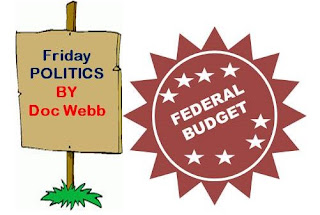 The whiners, criers and complainers  predict social gloom and doom as these well-padded areas of federal spending are reigned in

Politicians are such a predictable lot.

The new Trump Budget, which expands military funding and reduces spending in a number of other areas, has the politicians from mayors to congressional representatives bellowing in response.

Governmental spending exploded under the Obama Administration, especially in the social service and entitlement area.

You can see a good visual review at CBC News Winners and losers in Trump's budget.

Now come the whiners, criers and complainers as they predict social gloom and doom as these well-padded areas of federal spending are reigned in.

The real question is are these government officials all that interested in the beneficiaries of these programs, or are they pandering to a media looking for fodder to feed the anti Trump movement?

Bureaucracies, boondoggles and entitlements are never easy to reign in.  The politicians are trotting out the poor, the environment and global handouts that have truly gotten out of control.

The Trump Budget, even when modified will have very visible affects all the way down to the local level. Many large Cities like Tampa and St. Petersburg have numbers of programs tied to federal funding.  Unless cities and counties are willing to adjust their priorities, federally funded entitlement programs and services are going to suffer.

The State legislature is already looking at tightening up the food stamp program, which is ripe with fraud.

Are these politicians really that interested in the programs impacted or are they more interested in putting some distance between themselves and Trump while shoring up votes in future elections?

To be sure, some are speaking out of heartfelt concerns but others are self-serving.

Trump is doing exactly what he said he would do during the campaign he is reigning in federal spending and focusing on security.

There are many oxen being gored in this budget, and they will all complain loudly but the fact is the Federal Government needs an overhaul and the place to start is the Budget.

Let us see who in the Congress has the courage to take on the establishment, entitlements and national security and really do something about them.