How comfortable are you with Federal Judges Managing US Immigration Policy? 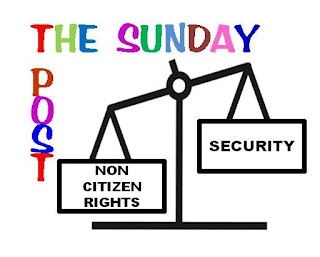 Responsibility may be a new concept from some of these judges, as they are rarely held accountable for the decisions, they make.

I for one do not feel overly comforted with the increasing liberal judiciary making blanket decisions that affect the overall security of the Country.

It seems to me that it is easy to put on your black robe, sit on your bench and pontificate about the impact of these executive orders on select groups while totally ignoring the basic concepts of security and immigration control.

One also has to wonder what the judiciary's position would be should an immigrant during this time turn terrorist cause significant harm then came before their court. How would they adjudicate the case?

Reading the article above it seems like the Maryland judge spends a lot of time watching cable news and may be just a bit caught up in the media hysteria of let's get Trump at all costs.

I have always had great respect for the judiciary, but it seems these days some of them are as interested in making law as they are interpreting the law.

Trump and his methods are not as elegant and syrupy as the governmental establishments are used to, but should something go wildly wrong in this country as a result of this continued effort by the courts to tell the executive branch how to govern then they should be held totally responsible.

Responsibility may be a new concept from some of these judges, as they are rarely held accountable for the decisions, they make. People spend lifetimes in prison or are executed only to be proven innocent later, judges rarely take any responsibility.

I do not think the public will let the judiciary off the hook on this one.