Trump – What hath he wrought? 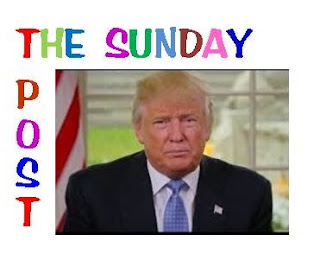 I voted for Trump and if the election was held today knowing what we know this moment I would vote for him again.

I have watched with interest, but not any real concern as President Trump and his administration take the reins of governing.

What has impressed is how well our democracy works.

You could be upset, even fearful about the seeming lurch of our country into a divided state where many are crying out about the President the new administration and adding to those cries many other social, political and cultural concerns.

Less the violence and some stupid positions, I think all of this is good for our country.

Here are five reasons why I feel that way.
1. There are more people in this country, interested, engaged and following what is going on than any time I can remember. That is a good thing.

2.  Many people, especially the media are beating the drum and trying to make the case we are deeply divided nation. I do not buy that. I believe we are a deeply opinionated people with many ways to express those opinions and that is healthy.

3. For the first time in our history, the schism between a popular vote and the Electoral College system has created a major riff between those in power and the majority of those they govern. From the halls of Congress to the campuses and streets of protest, we are all going to have to figure a way through this labyrinth and I for one have confidence that we will come out the other end a stronger and better nation.

4. The United States is 238 years old. Our Constitution has served and continues to serve us well. It has not however been without change. Once those who protest for the sake of being seen protesting move on and those who only scream so others cannot be heard, there will arise voices of reason who will move to make the changes to the governing document of our democracy that will make it responsive to our times. It will take time but it will happen.

5. For now this may all seem a bit disturbing to some, frustrating to many and incomprehensible to the established political class. Trump is going to sweep away many of the polices of government, and the comfortable niches that politicians and bureaucrats hide in and that will service all well.

As much as I feel the media is unnecessarily fanning the flames of controversy and protest while working much harder at making the news than reporting it, I believe that people are becoming much more aware of how biased in both directions the media can be. What ever gets clicks, page views or viewers seems to be the order of the day.

I voted for Trump and if the election was held today knowing what we know this moment I would vote for him again.

For now, I plan to, remain confident, watch with interest, search for voices that make sense and identify those who lift their voices only so they can hear their own head roar.