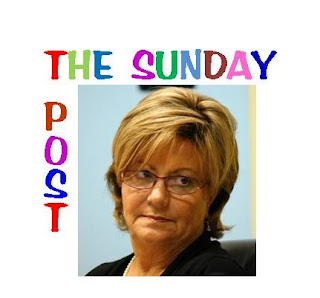 Long is using a mandate from the federal government to propose a regional transportation governing board that would have taxing authority.

Janet Long, Chairperson of the Pinellas County Commission, has been struggling with the dysfunctional nature of public transit governance for some time.

Here is some background from local-area print and social media:

However, Long's real frustration has been with the public's ability to control the public transportation process by denying property and sales tax referendums that support ideas like Pinellas GreenLight and Go Hillsborough.

I have personally seen Ms. Long's ire raised at those who opposed these poorly designed special interest driven initiatives at PSTA Board meetings.

Long's latest attempt to go around the taxpayers is supported by the federal government's insistence on one regional set of transportation priorities to secure federal funding.

The federal government wants one regional plan that would cover 20 years of expected growth in overlapping metro areas such as the bay area. Local leaders would have two years to devise a plan once the federal rules are finalized.

Long is seizing on this mandate from the federal government to propose a regional transportation governing authority or commission that would have taxing authority.

Read that again: would have taxing authority.

Should Long's plan come to fruition the public could lose the ability to control the purse strings through referendum, and you can look for light rail and every other inefficient form of transportation promoted by the big public transportation players to show up with all of us footing the bill.

Putting together a political shift of this magnitude will take a while but local City and
County officials weary of dealing with the transportation problem may be more willing to turn control over to this super commission than you might think.

Everyone who fought Pinellas GreenLight, Go Hillsborough and the other taxing referendums for public transportation need to go on high alert.

Waiting until Long and her political partners have this on the agenda in the State legislature will be way too late.

The Federal mandate is real, and it needs to be addressed, but doing it in the backrooms of county and local governments is a big mistake. The public needs to be involved in every jurisdiction, and every elected official needs to be held accountable for his or her decisions in this process.

Unless you want a new and potentially quite large line item for "Transportation" showing up on your bill from the property appraiser sometime  in the next two years you better keep an eye on Pinellas County Commission Chairperson Janet Long and her "Regional Council of Governments" idea.

I suspect that most of these people are descendants of those who made  fun of Noah while he was building the Ark, and we all know how ...