Why I gave up on NPR 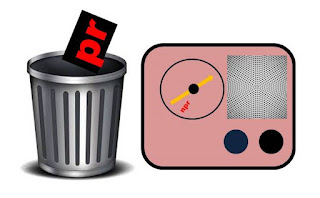 Not very many of those people in the rural red states listen or more importantly contribute to their local NPR station.

I finally did it. I have pulled the plug on National Public Radio. More accurately, all the radios in my home are no longer tuned to an NPR station, and I have dumped the local NPR TV affiliate.

I stuck with NPR through the presidential election as the "fair and balanced" approach gradually disintegrated into a left-leaning  denial of all this country is about.

I suspect that it is true that not very many of those people in the rural red states listen or more importantly contribute to their local NPR station.

The highly educated liberal elites who managed public media were appalled at the possibility of a person like Trump even running for president, and as he won the primary after primary, their level of frustration and consternation fomented into what became an attack on the right and the mainstream of our society.

As all of this unfolded on NPR, their local affiliates who are mostly college and university supported radio stations and who rarely raise their head up long enough to get a real view of what's going on accepted the barrage of left wing reporting and generally followed suit.

One of the things rarely heard on local public radio is the students from the colleges that own and operate these media outlets. They have simply become the media outlet of the educational and political elites.

After the election was over, I thought there was a small chance that NPR the powers at be would be less biased but watching Gwen Iffil, God rest her soul, and Judy Woodruff wince every time they had to say something positive about the Trump administration has just become too much for me.

A parade of anti Republican, anti Trump, anti change guests, hosts, commentators and panel members have all but converted NPR in to a media arm of the democratic party. It has been hard for them to accept that they lost the election.

Granted NPR and the Corporation for Public Broad Casting has always had a liberal bent but given that the fact, that NPR and many of its local affiliates are publicly supported it just seems odd that their coverage of this election and  politics in general would become so openly biased.

I made very small contribution to the local NPR affiliate WEDU in the past but no more. Those of you who dutifully stroke a check or have a recurring payment to an NPR affiliate might want to take a minute or two and actually listen to the product you are supporting you may be surprised.

Florida West Coast  Opinion by: E. Eugene Webb PhD Once again, the Manatee County Commission has shown its gross negligence in managing a...