The Aftermath of the Presidential election 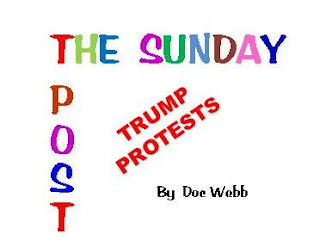 So, Hillary, where are you?

Probably most disdaining to me is that Hillary Clinton, the self-appointed savior of all, has not publicly stepped up to quell her supporters and bring some sanity to the protests.

Perhaps Hillary is a poorer looser than she led us to believe.

Our state PATCH Editor Sherri Lonon has some interesting thoughts in her commentary/post:  Donald Trump Presidency is What We Make of It: Commentary.

The problem I see with these protests as everyone from Black Lives Matters to the feminist movement piles on are they stand to do a great deal of damage to their own cause.

These protests are not going without note especially as the mainstream media fans the fire in what appears to be a get back at Trump for winning effort.

Everyone knows that nothing drives protests and the violence that accompanies them more than over-the-top aggressive reporting by the national media.

All the protesters have a right to make their case. Some of their leaders, however, should quickly look back to the campaign and learn from the way Trump and his campaign reacted to detractors.

Those leading the protesters in the street may want to consider how they plan to move their objectives forward in a Trump administration when that administration's view of them is what the national media is currently portraying.

The real question now is who is doing the bullying?

Trump has never reacted favorably to being threatened or pushed around and those who voted for him are not likely to respond favorably either.

So, Hillary, where are you?

If you really loved and cherished these people currently protesting, looting, destroying private and public property you should step up and provide some leadership to "your" people.