It is time to VOTE 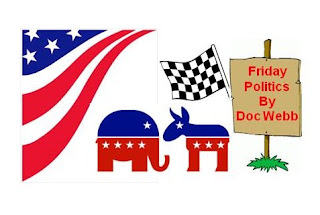 If Trump manages to win it will be a sad day in media land.

As the election races to a close, you can probably find a poll that shows your candidate for any major office leading.

Just about everyone I have spoken with is ready for the whole election mess to be over.

The media and the Clinton campaign are in an all out panic over the FBI investigation of Hillary's e-mails along with Bill's questionable pardoning of an acquaintance.

It was a bit awkward to watch the media from NPR to CNN try do everything they could to ignore, downplay and spin the latest Clinton revelations.

I have never seen the media so openly biased as in this presidential election.

If Trump manages to win it will be a sad day in media land.

At the State level, again, it depends what poll you watch; it looks like Florida's citizens are comfortable with the presidential wannabe Senator who rarely shows up for work.

Apparently, the citizenry feels it is better not have anyone there rather than someone who might show up and do something.

The FBI is investigating Murphy, those pesky rascals, for some campaign irregularities from his congressional run in 2012. No evidence Murphy was involved in the scheme by a wealthy Saudi family that supports him.

Rubio leads Murphy by 5.6 percentage points, just outside the margin of error, in the Real Clear Politics poll.

In my favorite race, Charlie Crist is hanging on to a small lead over David Jolly. As you can see from my disclosures below, I contributed to the Crist Campaign.

For an interesting look at this race check out Peter Schorsch's post in saintpetersblog,
Charlie Crist should pray for rain on Election Day, final poll of CD 13 shows

Charlie would do a good job in Congress, and he would be more focused on taking local issues to Congress in contrast to Jolly's impassioned desire to fix the political system.

I think Charlie will win going away, but he could use your vote.

What is important is that no matter whom you vote for GO VOTE.

Almost all the critical races from the presidency right down to local mayors and city council members are too close to call so don't get lazy go out to the polls and vote.

Your vote can and will make a difference.

Be sure to vote on those ballot items, if you're not sure about them, the Tampa Bay Times has a ton of information on all of them.

Ignore the recommendations and vote your conscience.