When the chips are down can Clinton handle the real job? 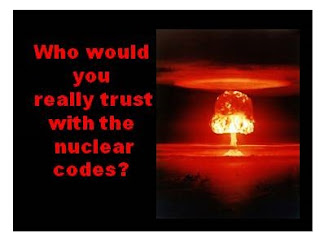 If we get to the doorstep of Armageddon, the person in the oval office must be capable of making the decision to launch a nuclear strike.


St. Petersburg Fl
Opinion by: E. Eugene Webb PhD
Author: In Search of Robin
As election day draws nearer the campaign becomes more frantic every day.
One of the recent Clinton campaign TV ads caught my eye.
It is the one where a former launch controller for our nuclear defense system questions the suitability of Donald Trump to be President, to be in command of the nuclear codes.
The implication that Trump is too irrational for the responsibility.
Very powerful ad…..
It led me to the question would I want Hillary Clinton in command of the nuclear codes?
Let’s be clear, if we ever get to that point, the doorstep of Armageddon, the person in command must be capable of making the decision to launch a nuclear strike maybe in an instant or our society and way of life may disappear in the next instant.
And they have to be able to convey that willingness to an ever more hostile and aggressive world.
Is Clinton capable of making that kind of decision?
Can she project the confidence and resolve that will hold our nuclear-armed enemies at bay? 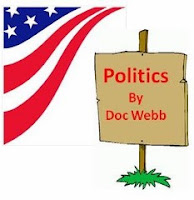 If Bengasi, Iraq, Libya and the Clinton foreign policy are any indication, the answer is no.
Clinton is in the Obama style of diplomacy and crisis management based on the let’s talk, wait and see approach. Maybe if we wait long enough the problem at hand will go away. It is a foreign policy approach that has not worked.
Kerry, Clinton, Obama what do we have to show?
ISIS on the rise, Iraq in shambles, Libya in turmoil, North Korea a growing nuclear threat along with Russia, China, India, Pakistan and an Iran that will soon have nuclear weapons if they do not already have them.
Now with North Korea emerging as an irrational but focused threat, Russia pressing as a tactile and cyber combatant and the complete unknown regarding Iran and their nuclear capability the only thing stands between the US, and a nuclear holocaust is our ability and willingness to retaliate.
What if in an instant, Iran makes good on its declared objective to wipe Israel off the face of the earth?
Could Clinton do it? Would she? Would she make good on our commitments to Israel?
Could she or would she take the ultimate action to protect us and the rest of the world from the ultimate threat or would she hesitate, worrying more about diplomacy, political correctness, the next election or her legacy?
Would she wait, talk or act?
History has an odd way of repeating itself, and Clinton’s history is one of more self-interest than pragmatic action.
I am not proposing the nuclear option at the drop of a hat but that the person sitting in the oval office needs to have the courage and the fortitude to act should the world order become unglued, and by her own actions that person is not Hillary Clinton.
e-mail Doc at mail to:dr.gwebb@yahoo.com send me a Facebook (Gene Webb) Friend Request, and be sure to Like of Share on Facebook.
See Doc’s Photo Gallery at Bay Post Photos
Disclosures:Contributor: Bob Gualtieri for Pinellas County Sheriff,  Patrick Murphy for US Senate, Charlie Crist for Congress