The Trump battle with the Florida RNC heats up 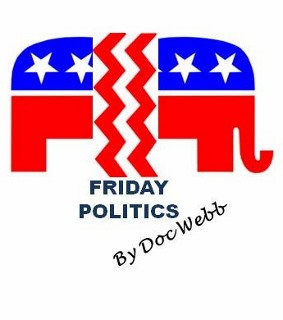 If the RNC drops support for Trump, will you still vote down ballot for Republican candidates?


St. Petersburg Fl
Opinion by: E. Eugene Webb PhD
Author: In Search of Robin
As  the Trump battle with the RNC heats up Florida Republican politicians and the party faithful are running from Donald Trump in all directions.
The latest from Alex Leary, Tampa Bay Times Washington Bureau Chief: Florida Republicans beg RNC to cut off support to Donald Trump.
Trump has not done his candidacy any favors in the last few weeks, and the Clinton team has pushed relentlessly with anti-Trump ads in Florida.
The Republican concern about the down ballot effect of Trump is driving the party to distraction.
Desperate to hang on to the US House and Senate, Republican power players are trying to move RNC funding from Trump to the down ballot races.
The questions being raised by the Clinton campaign and by the Republican establishment questioning Trump’s ability to serve as president are having a significant effect. Trump has dropped in the polls with college-educated white males and females as his campaign strategy, which worked so well in the primary faltered.
The problem is Republican voter registration is way up in Florida thanks to Trump and how will these new and empowered voters feel if the Party turns its back on the person who brought them into the Party?
More directly if you are a Republican. How do you feel?
Would you feel comfortable with the RNC abandonment the Presidential candidate that received more primary votes than any primary candidate in history?
If the RNC drops support for Trump, will you still vote down ballot for Republican candidates?
Will you still vote for Trump or just pass this election cycle?
I have been a registered Republican for most of my adult life but the last three Presidential election cycles, I have grown more and more uncomfortable with the whole Republican establishment thing.
I was an early-on  Trump supporter, but I must admit his recent campaign efforts have caused me to rethink that support.
One thing I am sure of is if the Republican Party walks away from Trump in an effort to please the power players without a whole hearted effort to bring Trump into the proper focus on the Presidency and with due respect for those who supported him; I for one am through with the Republican Party.
Change doesn’t always come in a nice neat respectful package, and running from change may well be the last big mistake the Republican Party will make.
E-mail Doc at mail to:dr. webb@yahoo.com send me a Facebook (Gene Webb) Friend Request, and be sure to Like of Share on Facebook.
See Doc’s Photo Gallery at Bay Post Photos
Disclosures:
Contributor to: Bob Gualtieri for Pinellas County Sheriff
Contributor to: Carlos Beruff for US Senate