It only took $531 to expose the highly partisan St. Pete City Council for what it is 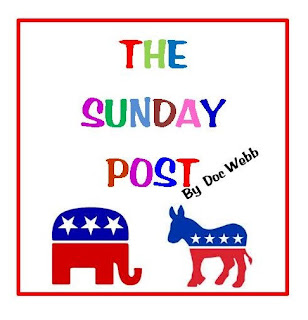 Many people think since City Council election races are "non partisan" that the Council is not politically motivated.

The request by the Pinellas County Democratic Party for a Grant from the City of St. Petersburg's South St. Pete Community Development Area (CRA) has created a bit of a firestorm and some well-deserved  consternation for the Kriseman administration.

The St. Pete City Council is composed of seven Democrats and one Republican, Ed Montanari.

Council Member Kornell (D) tried to remove the request for the Pinellas County Democratic Party, but his motion failed for lack of a second.

You would have thought Montanari would have been the second. Logical thought does not apply here.

At this point, the whole mess was too good a story to pass up so here are some links you must read.

The Democrats were enraged that anyone would be concerned at their attempt to raid a CRA dedicated to improving the lot of south side residents.  See Charlie Frago Tampa Bay Times Staff writer: Pinellas Democrats switch course on TIF grant.

At this point, the Tampa Bay Times editorial board spoke up: Editorial: Bad start for St. Petersburg CRA.

In the end, the Pinellas Country Democratic Party wisely decided not to take the money.

You could take this as a tempest in a teapot, but it does emphasize the cavalier approach of the Kriseman administration when dealing with high-visibility  issues.

Kriseman’s chief of staff Kevin King said about the Democratic Party grant, “Outside the legal ramifications, we were kind of indifferent.”

One would wonder if they are equally indifferent about issues favorable to Republican organizations.

There is enough basic stupidity in this whole mess to go around and cover everyone. The Democratic Party of Pinellas should have been smart enough to see this as a really dumb idea.

Rick Smith the City's lead CRA Official should not have taken his bosses political status into account when he authorized the grant.

Mayor Kriseman should have put a stop to it when it came to his attention.

The problem here is it appears the staff is intimidated by the administration to the point of not challenging things that are obviously wrong.

There are many people that think since City Council election races are "non partisan" that the Council is not politically motivated.

This little flare up should put that argument to a complete rest.

Next election cycle you might want to pay just a little more attention to who is a Republican and who is a Democrat.