Carlos Beruff should stay in the US Senate race. 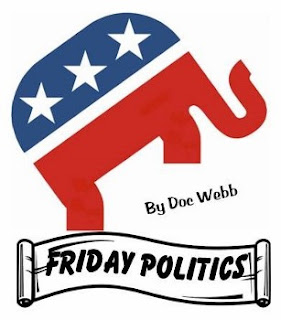 Florida Republicans are desperate to get a name on the down ballot that will draw voter's eyes past the Presidential Race.

St. Petersburg, Fl
Opinion by: E. Eugene Webb PhD
Author: In Search of Robin
With the flip-flop of Marco Rubio and his decision to reenter politics by running for reelection to the US Senate, the nature of the Florida US Senate seat race changed in a heartbeat. All the Republican establishment contenders quickly bowed to Rubio and exited the race leaving only Carlos Beruff.

Florida Republicans are desperate to get a name on the down ballot that will draw voter's eyes past the Presidential Race.

Rubio is their best hope. With Marco on the Ballot, down ballot candidates can at least hope voters will look down the page and vote for a few of the Republicans running for office.

All of which points out just how desperate the Republican Party is and how worried they are about the Trump effect on local and regional races.

Beruff needs to hang in there and challenge Rubio at every opportunity. Florida voters deserve to hear the other side of Rubio's political approach to the Senate and there is always the possibility that Rubio will make a misstep.

It is unclear to me whether Rubio is really running for the Senate or keeping his name in front of the public just in case the Republican establishment changes the convention rules and denies Trump the nomination.

One thing voters can be sure of, and Beruff should emphasize; Rubio will be no different in the upcoming term in the Senate than he has been up to now.

Rubio has been running for President of the United States for the last five years, and if he should  be re-elected to the Senate; he will run for president for six more years to the detriment of Floridians, and all taxpayers will foot the bill.