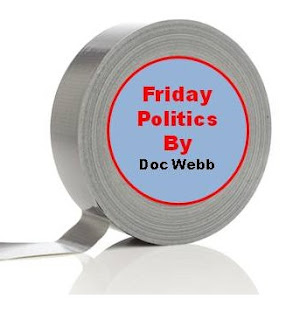 If you are a Trump Supporter, you probably already know Trump signs can be hard to come by.

In his self-funded political campaign, the Trump staff manages all resources very carefully. If you are a Trump supporter and want a yard sign, they are available call Mike LaRosa at 727-455-5638, but they are a bit hard to find.

You can see many more and print one for yourself by simply Goggling Trump Signs.

I have a Trump Make America Great sign in my front yard, and a number of people have stopped by to ask where they could get one.

All, of which brings me to a trip my wife, and I were making last weekend. As we were returning from south Florida on Fl State Road 70, we were passing through Arcadia. For those of you, who do not know Arcadia is a small central Florida town where the economy is still catching up from the recession.

The Trump campaign did probably not make it to Arcadia.

As we were driving through the western part of Arcadia my eye caught a 10 or 12-year-old pickup truck and on the tailgate in grey duct tape the single word "TRUMP." The house was a bit ramshackle and the yard unkempt, but the message was clear.

The guy who owns this pickup truck is ready for a change.

I don't know if Trump or his campaign knows how much they are resonating with this demographic, but clearly they are. As we drove on across the State, I started looking for Trump signs, and it was surprising how many I found.

Even with all of his money and resources, Trump is finding out just how powerful and formidable the politically connected rich can be; and the ends to which they will go to beat him.

Trump did not help himself much this week. He gave the opposition a lot to hit him with and everyone from Mexico to the GOP leadership is learning from Trump's methods and using the media to attack him.

The real question is will the guy with old pickup truck, and the Duct Tape "TRUMP" sign go vote in the election? We will never know if Trump is denied the nomination.

My guess is if the GOP pulls the plug on Trump these voters will simply not vote, and one thing is for sure if they do, they will not vote Republican.