Out on the campaign trail 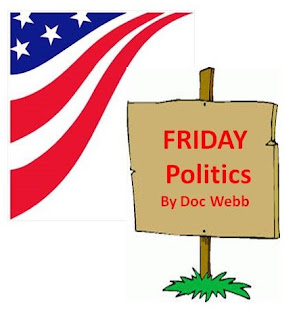 If you missed Trump's alternative to the Presidential debate, I think you missed history in the making. You can see a replay at Donald Trump Special Event for Veterans in Des Moines, IA.

Much of the media hype about the Thursday Presidential Debate has started with comments like "what the Republican presidential race would have been like without Trump." I have to agree, a bunch of professional politicians that will say anything to get a job promotion.

Most of the media are saying Bush won the debate. That seems to me to be more wishful dreaming than fact.

The FOX News attempt to use their most potent weapon, Megan Kelly, to bag Trump totally backfired. Rupert Murdoch and his whole FOX News organization look like a bunch of amatures simply trying to exploit the political process for a few rating shares and some big money. Murdock should roll a few heads.

Regarding the media and Trump, I have found it interesting how NPR has quietly reduced their news coverage of Trump trying to "manage" Trump's news cycle exposure. NPR news anchors have repeatedly carped about Trump's ability to manage the news cycle. Sometimes the folks at NPR just have a hard time hiding their bias.

Carly Fiorina, whose campaign I have contributed to, continues to bash Hillary Clinton. In a normal election cycle that would probably work, but in this one she just cannot seem to get any real lasting traction. 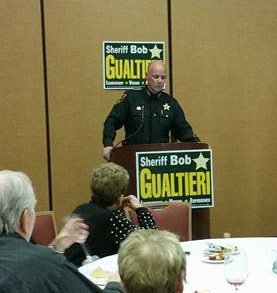 Pinellas County Sheriff Bob Gualtieri held his re-election kick-off fundraiser Thursday at the Hilton Carillon. In the interest of full disclosure, you will note below, I am a contributor to the Gualtieri campaign.

The event was well attended, and the crowd was enthusiastic in their support for the Sheriff. You can check out Gualtieri's background in his Bio on the Florida Sheriff's Association website.

Gualtieri has had a good 3 plus years as the County's top law enforcement official, advancing the agency in almost every operating area.

So far, the only other announced candidate is James McLynas who filed to run about two years ago.