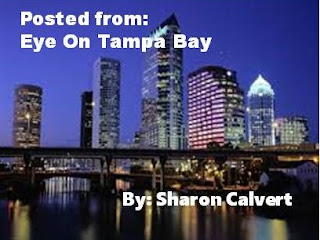 Re-posted from:
Eye on Tampa Bay
By: Sharon Calvert

The Eye has received information from George Neimann that the Florida Ethics Commission has accepted the Ethics Complaints filed last year by him against Mayor Buckhorn, Commissioner Hagan and Commissioner Murman. According to Neimann

On January 20, 2016, the Florida Commission accepted the cases that I filed against City of Tampa Mayor Bob Buckhorn and Hillsborough County Commissioners Sandra Murman and Ken Hagan. The Ethics Commission is now fully investigating the charges. I filed charges against these politicians for misusing the power of their office to gain personal benefits for themselves while, at the same time, giving special benefits to the "connected lobbyist", Beth Leytham. As the press has reported, these elected officials took free consulting services from Ms. Leytham and then, in return, helped her get lucrative contracts from both the city and the county. In addition, Hagan and Murman discussed setting up these contracts with Leytham out of the public's view, which violates sunshine laws. Now they will have to face the full scrutiny of the Ethics Commission.

We also received information from Shirley Wood that her Ethics Complaints against Buckhorn, Hagan and Murman were also accepted on January 20, 2016.

Update: We have received information from Charlotte Greenbarg that her Ethics Complaints against Buckhorn, Hagan and Murman were also accepted by the Ethics Commission.

We understand a complaint filed by Charlotte Greenbarg against County Administrator Mike Merrill alleging violation of Florida Statute Section 112.311(3) and (6) for failing to properly track lobbyists was rejected by the Ethics Commission. We obtained a copy of the rejection letter Greenbarg received from the Ethics Commission, which can be found here, The reasons stated for the rejection was that Section 112.311 only expresses guiding principles but does not enact a standard of conduct which one would be capable of violating. In Chapters 11 and 112 of the Florida Statues, the Legislature has adopted requirements for registration of persons lobbying the Legislature, Executive branch and water management districts, but has not done so for other local entities. The rejection letter also stated that the only Statute within the Ethics Commission's jurisdiction which could possibly be implicated by the complaint allegations, Section 112.313(6) - the misuse of office provision, the allegations must show that the official corruptly used or attempted to use his or her position for personal benefit or to benefit someone else. The rejection letter stated, "An official's failure to do his job properly does not itself constitute a violation of the Code of Ethics."

We await any day now the completion of the law enforcement investigation investigating any possible criminal activity related to the $1.3 million contract awarded to Parsons Brinckerhoff/Beth Leytham using the CCNA process governed by Florida Statute287.055 for hiring "professional engineering services".

The Ethics complaints will now move forward regardless of the outcome of the law enforcement investigation.