Buckhorn Lies Along with Clinton 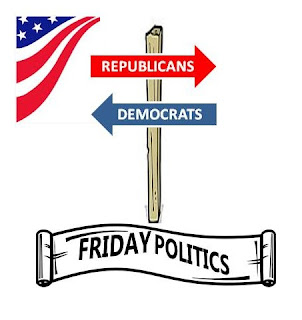 Re-Posted from Eye on Tampa Bay
By: Sharon Calvert

It should come as no sunrise that Tampa downtown only Mayor Bob Buckhorn is endorsing Hillary Clinton, although we are a bit surprised he came out so soon in the Tribune.

Tampa downtown only Mayor Buckhorn evidently learned well from his heroine Hillary, as his op-ed is filled with lies and half-truths.


In cities across America, we mayors lie awake at night worrying about one thing more than any other: our deteriorating infrastructure. It’s a problem we face daily, and yet one we’re often powerless to solve on our own.

Like many other coastal cities, Tampa has a history of experiencing damaging floods. On average, we see eight water pipelines break every day. And in a state containing four of the nation’s biggest traffic bottlenecks, it’s no surprise that Tampa drivers with a 30-minute commute spend an average of 73 hours of their lives sitting in gridlock every year.

Tampa downtown only Mayor Buckhorn would help himself and the entire city of Tampa besides downtown if he would spend more time on maintaining aging infrastructure and less time on glories of new stadiums, building parks, and rebuilding downtown while displacing lower income residents. But infrastructure maintenance is not where the glory is.

Tampa downtown only Mayor Buckhorn uses a statistical slight of hand as well to make Tampa traffic sound worse than it is with his statement "Tampa drivers with a 30-minute commute spend an average of 73 hours of their lives sitting in gridlock every year," while he's done little to improve the commute of Tampa drivers, preferring to tout pie in the sky transit that will do little to relieve Tampa congestion. We've debunked this type of selective and intentionally misleading use of traffic congestion stats many times.

In any real study, Tampa is not listed amongst the worse in traffic congestion, commute times, time in traffic etc.


Over the years, Floridians have seen their priorities all too clearly. We watched in stunned disbelief as Gov. Rick Scott sent more than $2 billion in infrastructure funding back to Washington just to make an ideological point. This funding could have created good-paying jobs and spurred economic growth all across the state.


In fact, leading GOP presidential candidates like Marco Rubio and Ted Cruz have already stated they support slashing federal infrastructure funding by as much as 80 percent.

Bullsh*t. Many GOP candidates have stated support for various programs for states to KEEP most of their infrastructure related taxes, primarily gas taxes, rather than send them to DC and beg for our money back. This would help support states priorities on infrastructure, not DC politicians, and would ensure that Florida would no longer be a donor state on those related taxes.


Hillary has laid out a five-year, $275 billion plan to save families time and money by putting more Americans to work revitalizing our roads, railways, ports and waterways. It would connect all American families to high-speed Internet and expand investment in the new high-tech sectors and smart grids that will power a 21st-century economy.

Anyone remember Obama's $830 billion America Recovery and Reinvestment Act? While Tampa did benefit by accelerating the Selmon Connector, as it was one of the few real "shovel ready" projects, ARRA was seen a massive failure, as it did little nationwide to rebuild infrastructure, increase employment, and stimulate the economy, as it missed all projections.

A five-year, $275 billion plan will do little, especially as its divvied up in the DC graft factories, then split across roads, railways, ports, waterways, Internet, high tech, and smart grids. I think he left out street cars.


To build the Tampa we all deserve, we simply can’t afford to leave any more money on the sidelines. We need all the help we can get.

No, Mayor of downtown only Tampa, you need to do the basics. Re-prioritize budgets, focus on whats broken, keep up with the maintenance, and show you can execute the office of Mayor. Blocking and tackling is not glorious, but that's what we need now, now more than ever.