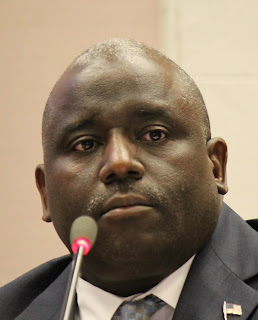 The fact is the District Seven Council seat election is about a lot more than baseball.

Disclosure: As you will note below I am a contributor to the Will Newton Campaign.

The St. Pete City Council District Seven race is the closest and probably most important race in the upcoming city council elections,

There has been a lot of talk about both candidates' positions on baseball The Tampa Bay Times based its endorsement of Lisa Wheeler-Brown solely on that issue.

The other local newspaper, the St. Pete Tribune, initially endorsed Wheeler-Brown but then switched their endorsement to Will Newton the other candidate running for the City Council seat following revelations about Wheeler-Browns campaign finance missteps.

Recent revelations about Lisa Wheeler-Browns campaign finances, her judgment and background have called her viability as a city council member into question. Her handling and management of her campaign staff are also disconcerting.

The Kriseman administration is like no other we have seen since the strong mayor form of government in St. Petersburg was introduced in the early 1990s. The heavy-handed cronyism, willful disregard of the public's desires and full-blown end justify the mean attitude are making St. Pete City hall look more like Tampa's City hall every day.

In this political environment, it is critical that City Council members are fully aware of the political winds, the willingness of the administration to use whoever and whatever they can to get their way.

My concern goes to the question can Wheeler-brown deal with the pressures and temptations the Kriseman administration will throw at her? How easily could she be manipulated by the Mayor's office? Could her past or future issues be used against her?

All of this may sound a bit far fetched, but with the Kriseman in the Mayor's chair and the likes of Kevin King the political operative as chief of staff and the Ben Kirby propaganda machine all working overtime nothing is out of the question. Examples: the Pier and the recent sewage dump.

The fact is the District Seven Council seat election is about a lot more than baseball. District Seven contains some of the City's poorest neighborhoods, all of the "Failing Schools" and a host of other problems.

The ability to sit on the dais and advocate from a strong position for the  needs of District seven and deal with the citywide issues and the Mayor's office are critical not only to District Seven but the whole City.

For these reasons, Will Newton is the right choice for the District Seven City Council seat. You can get more information on the Will Newton Campaign Website.

Will Newton brings a lot to the dais not only for District seven, but for the whole City.

He has sat across the table from the politicians and negotiated for the firefighters he represented. He understands how the political process works. Newton has been active in his neighborhood association and in south side youth programs.

Most importantly, he does not bring a lot of political baggage with him.

A lot people don't bother to vote in these midterm elections, but this one is really important.
District seven is a key to a lot of St. Petersburg's future.

Having someone representing District seven that has a full view of the circumstances, an understanding of the environment at City hall and is not easily intimidated by the Mayor's office is crucial for good decision making.

If you have that mail in ballot still lying around dig through the pile of mail, fill it out and send it back. Don't forget to sign the ballot.