Janet Long reelected to serve 3 more years on PSTA Board 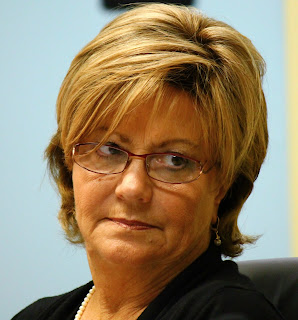 St. Petersburg, Fl
Opinion by: E. Eugene Webb PhD
Coauthor of: So You Want Blog
In what County Commissioners apparently consider a frivolous and unimportant decision, they jokingly re-elected County Commissioner Janet Long to three more years serving on the PSTA Board of directors.

You can read the disappointing example of poor governance in saintpetersblog, by Devon Crumpacker, Finite jest — OR — the 40 seconds it took to approve Janet Long’s three-year term to the PSTA Board.

Long a staunch supporter of all things Greenlight and PSTA CEO Brad Miller gave him a low rating yet would not second a motion to fire the PSTA CEO.

The cavalier approach to selecting PSTA Board members is just one of many examples why PSTA continues to be in a functional and political mess.

Long is one of fifteen or so elected officials on the PSTA Board of Directors that spend much more time being politically correct than they do dealing with the real public transportation issues in Pinellas County.

The PSTA Board is quick to embrace more taxes but short on keeping the PSTA house in order. For example, read my post in Bay Post the Internet: PSTA CEO Continues to Hang on to His Job.

These public transit boards like HART and PSTA are proving to be useless and easily manipulated. It is time for the Governor or the Legislature to step in and remove the issue of public transportation from the hands of the politicians and put its fate in the hands of the citizens.

Until that happens, we are going to get more GreenLight Pinellas and Go Hillsborough initiatives that are more about moving money into the hands of a select few and much less about moving people who need public transportation.