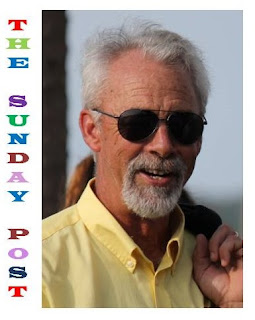 With Connors gone, there is a real vacuum in experience, engineering talent, political insight and power within the Public Works area.

If you follow this Blogger, you know I am not a particular fan of St. Petersburg Public Works Administrator Mike Connors. I worked around him for 20-plus years and I never really trusted the guy.

The abrupt decision By Connors to retire is very un-Connors like. Even though he has been under some serious pressure lately, Connors has weathered storms before. Mike is steady, resilient and not affected much by what most people think.

There are rumors of a growing tiff with the Mayor's Office, but no one will confirm them.

The fact is Connors is apparently gone. There are a lot of people in the City administration, on City Council and in the general public that are happy he is gone, but that joy may be short lived.

As I have stated before one of Connors' most interesting traits was his effort not to hire anyone any smarter than he is and that makes an internal hire or promotion very difficult.

There is a definite lack of talent.

Tom Gibson, Engineering and Capital Improvements Director, appointed as interim Public Works Administrator has neither the political savvy to handle the job nor the administrative ability, and the Water Resources Director Steve Leavitt would be a dismal choice.

Nobody could handle a batch of wayward contractors on a major project any better than Connors. That steely eyed look and very fast logical mind could outwit even the most clever of them, and they knew it. The Engineering Department is easy to bamboozle along with Inspections, but if Connors got involved things straightened up in a hurry.

With Connors gone, there is a real vacuum in experience, engineering talent, political insight and power in the Public Works area.

While Connors will not be missed for his political maneuvering, manipulation of City Council and general disregard for what the public thought of his antics, he will soon be missed for his ability to keep the Public Works Departments, Water Resources and Engineering Departments in line.

He will also be missed for his ability to work large-scale projects with the Construction Manager at Risk format as this relationship assumes someone with both technical ability and political connections from the City's side.

As you can see, while I may not have particularly liked Mike Connors, I do have a great deal of respect for his ability as a professional engineer.

If Kriseman turns this into a political hire, every one of those projects listed above will get into some form of budget or technical trouble.

Kriseman needs to set up a national search, establish an evaluation committee that includes some Public Works directors from the area like Pinellas County and Tampa.

It would also be nice if the new Public Works administrator actually used a computer and e-mail.