The Pier Park Decision An Epilog 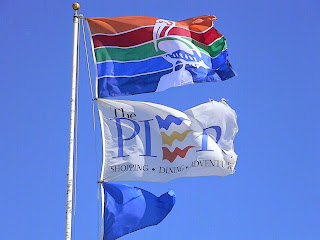 If you have not already read all you want to about the latest Pier events check out Janelle Irwin's saintpetersblog Post: Inverted Pyramid lovers: You’re doing it wrong

As indicated in the above Post there is a lot more to come. But there are a couple of lessons for City Council and perhaps an administration to learn.

First and foremost several have asked the question; "How did City Council find themselves in this mess where they had limited options?"

My view: by design.

Once the Kriseman Administration put forth the process in Title XIX Chapter 287.055 and Council agreed to letting the Administration set up the selection committee the die was cast. The head of the committee was preset by the Statute and the outcome was almost completely assured, the inverted pyramid was coming down.

Mike Connors was going to run the show and everyone knew or should have known where he stands and Connors usually gets his way. When things started going south, his Selection Committee rant move the members back in line and while the Administration didn't get ALMA they may get to tear the pyramid down which is satisfaction enough.

Without adding in some caveats, Council essentially delegated the Pier selection process to a committee that was handpicked the Mayor, with a chairman with the administration's agenda and a good possibility of producing the desired result.

"Why didn't City Council listen to the public?"

The public survey was always a big risk. From the start the only way the public was going to be heard was if they agreed with the Administration. Taking both City Council and the public out of play with the formal selection process was brilliant.

The lingering problem is both the Kriseman administration and the City Council are now saddled with at least a segment, and perhaps a growing segment, of the citizenry who thinks they are being deliberately ignored. And they are.

As much as I and others exhorted Council to make a different decision, City Attorney John Wolfe summed it all up in what most of us knew, the possibility of legal action which would be costly and lengthy and far too big a risk. With the exception of Newton, no one was really ready to take that risk.

Council took the only "legal action" they could. Their hands were tied.

Here is where I think the City Council got taken for a ride.
From the Statute:
(4) COMPETITIVE SELECTION.—
(a) For each proposed project, the agency shall evaluate current statements of qualifications and performance data on file with the agency, together with those that may be submitted by other firms regarding the proposed project, and shall conduct discussions with, and may require public presentations by, no fewer than three firms regarding their qualifications, approach to the project, and ability to furnish the required services.

The Statute seems to leave the structure of the evaluation process up to the Agency, in this case the City. City Council should have retained the final ranking process as their purview and not delegated it to a group of 5 non-elected people and one biased staff member.

Too late game over.

However, given the seemingly aggressive redevelopment nature of the Waterfront Master Plan, this is a lesson that should not be missed.

For now we wait and see what the outcome of the referendum effort will be.

Given the ease with which it was possible for an administration to create a process that took both the City Council and the public completely out of the final decision making process for water front assets, this referendum takes on a whole new level of importance.