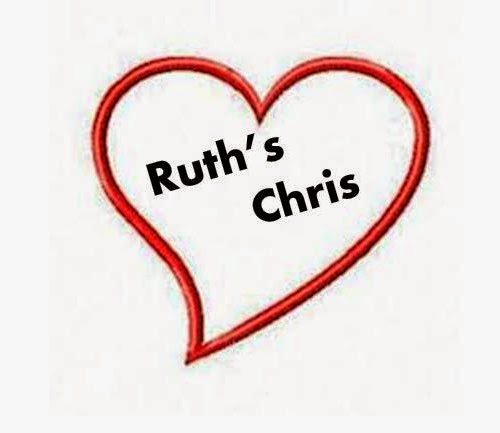 A day or so after the new Ruth's Chris opened in downtown St. Pete at Sundial I called and made reservations for Valentine's Day, Saturday, at 7:00PM.

I have been a long time Ruth's Chris fan for years so; I have been anticipating the opening of the new location in Sundial and Valentines Day seemed like the perfect excuse to enjoy some fine dining.

We showed up at Sundial a few minutes early and looked around a bit, Sundial is really breath taking, if you haven't been there yet take some time and drop by.

We walked into Ruth's Chris at 7:00 and it was almost immediately obvious all was not well. There were two couples ahead of us and there were 6 employees in the small greeting station pouring over the reservations system. Everyone looked a bit confused. After a 20 minute wait, it was now almost 7:30, one of them looked up and noticed we had not been seated, 10 minutes later we were lead to our table.

Our waiter showed up looking a bit frazzled, took a drink order (Water) and returned about 5 minutes later. As we sat there waiting to place our dinner order, it became clear the place was in a complete state of panic. There were waiters, servers, mangers all running frantically around the restaurant delivering bread and water, but almost no food was coming out of the kitchen.

It was really a bit comical, given the normal buttoned up service you find at a Ruth's Chris.

Our bread and water arrived and our waiter took our dinner order. It was now about 8:00 PM and the table next to us called over the waiter, same as ours, and announced in a not too quiet voice, "we have been here since 6:15 and our food has not showed up, so can we see the manager?"

A nice looking fellow showed up, offered to check with the kitchen. He came back and said "it will be about 10 minutes." The customer politely responded, " if it's not here in 10 minutes I'll pay for we have been served up to now (2 drinks and a couple of loves of bead and a salad), and we're leaving."

Our salad showed up, a Ruth's Chop salad, and a second loaf of bread. The salad was exceptional.

Fifteen minutes later the 6:15 table flagged down the manager again and said they were going to leave. After some sincere apologizing and a bit of begging the customer agreed to let the manager check with the kitchen again. About five minutes later the manager with a server in tow showed up with a steak for the gentle man and a seafood dish for the lady.

In the meantime is was now just after 8:15, we had been there over an hour and still no dinner, a third loaf of bread showed up on the table.

I headed for the men's room, a walk through the restaurant and down past a full bar and table area of non smiling and somewhat hungry looking customers.

Dinner finally arrived around 8:20 with the server and a waiter who complemented us on our patience.

It was a Rib Eye steak medium, escalloped potatoes, fresh steamed broccoli. Theresa had a glass of the house Merlot as the designated driver I stayed with water. We already had plenty of bread.

The steak was good, but a bit stringy, not what I would normally expect from Ruth's Chris, the escalloped potatoes were just shy of being done and the broccoli was delightful.

Our neighbors at the 6:15 table paid up and left, and I noted most of his steak was still on the plate.

A few tables away former Mayor Rick Baker and his wife were spending the evening at Ruth's Chris also. The former Mayor was there when we got there and left as were were finishing dinner. I noticed he did have a conversation at one point with one of the managers.

At one point during dinner, I noticed a tall gentleman in Chef's garb walk firmly out of the kitchen and out the door never to return; I have no idea what that was all about.

Since Theresa and I had no follow on evening plans the whole episode was more humorous than frustrating for us, but there were a lot of very unhappy people.

Your probably wondering how much was dinner, well we split the large Rib Eye and skipped desert the portions are quite generous.

With a bit of generous tip for the waiter, since the wait staff was bearing most of the wrath for the kitchen's inability to get the food out, around $120.00.

We are already planning our next visit. Knowing Ruth's Chris, things will be much better.