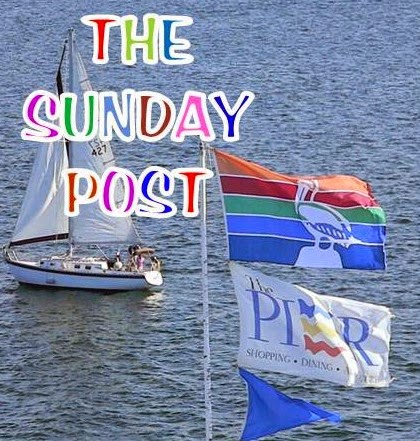 There seems to be a general conclusion that this week's two day meeting marathon on the Pier was a major information overload for the public.

Stpetersblog, Janelle Irwin: Throw them all out! That’s the theme of public comment on new St. Pete Pier designs

No doubt that as the various proposers tried to cover all the bases for the committee, the public got lost in the weeds.

Probably most disturbing is the general perception, as reported in the media, that some of the public thinks the City should start over yet again.

I feel that comes from a basically wrong approach to planning the new pier.

Looking at the designs it appears the architects and engineers started with producing an "iconic" design and are now trying to figure out how to make it functional and cost effective. In other words, they put form over function, pretty pictures over reality which is exactly what the public indicated they did not want.

A much better approach would have been to come up with a highly functional, more than likely less visually exciting design and then spend the follow on effort making it more visually impressive.

The really big trap for the Kriseman administration is to get a ranking from the public and the Committee only to find out after adding the needed functionality, what is being proposed by the first place contractor is way outside the budget.  They are then faced with falling back to the next in ranking, which is obviously not the public's choice, and trying to force fit whatever limited functionality that can be accommodated by the budget. Not a good outcome and it could lead to another public revolt.

I am not ready to start beating the drum for a redo, but the Kriseman team needs to proceed with great care. Paring back some of the esoteric design and putting significantly more functionality in place may be a valuable approach.

Let's hope Mike Connors and the Pier Committee are listening to the drums and are prepared to make some mid course corrections,