More Reasons to Move on the St. Pete Police Chief 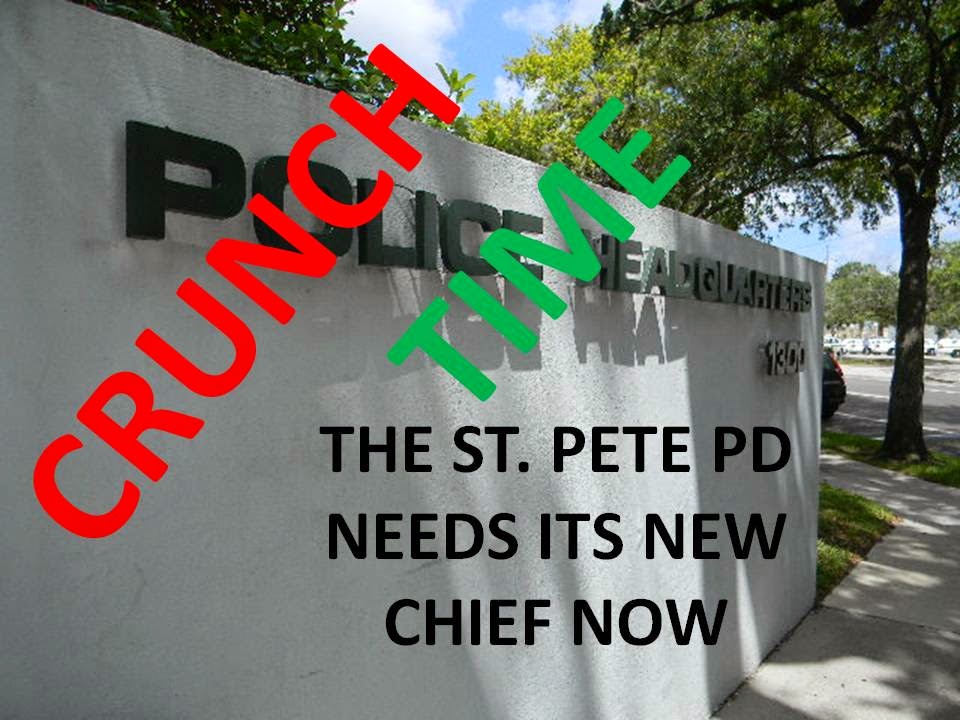 If you missed Chris O'Donnell's Article in the Tampa Tribune City Council wants say in pick for St. Pete police chief check it out.

As I called for in my Saintpetersblog Post: It’s decision time on who will be the next St. Pete Police Chief every day that goes by more opinions, more efforts to influence and more opportunity for things to get worse at the PD.

At some point the Kriseman administration has got to start making decisions instead of suggestions and forming committees to review, study and report. I suppose the next move would be to form a Council subcommittee and get their "input"

No, Mayor Kriseman is not going to capitulate to City Council on this one, and there is some argument for changing the Charter, but every day that goes by the din of the rhetoric increases and more voices will be heard on the Councils' involvement.

Kriseman can put an end to all of the caterwauling by simply making a decision.

This is not a Kevin King decision, Deputy Mayor Tomalin decision or as the City Attorney has pointed out a City Council decision this is a Rick Kriseman decision.

At this point if the Mayor does not know who he wants as his next Police Chief there is a real problem at City Hall.