PSTA and Greenlight Moving to the Defensive 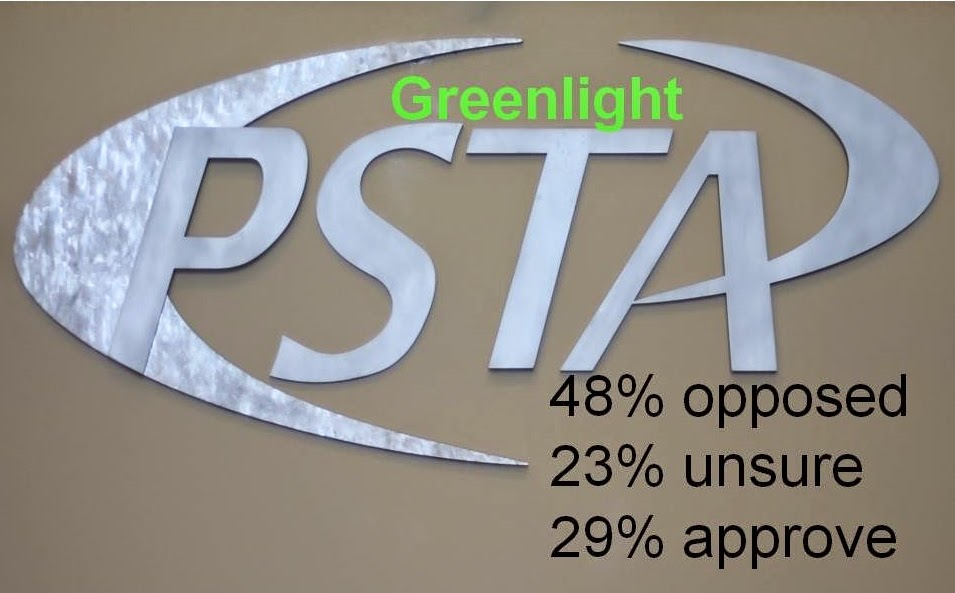 Some late polling shows PSTA and their billion dollar GreenLight tax grab may be in trouble. You can see the results of the Saintpetersblog sanctioned Poll by St. Pete Polls at New Poll shows Greenlight Pinellas in grave trouble.

In the Saintpetersblog Post, Brad Miller is quoted: “I, and dozens of Pinellas elected officials including the PSTA Board are traveling the county to educate our residents on this plan. We continually are told by seniors, veterans and families that they want and need this plan. People like the idea of removing the PSTA property tax and sharing the costs with our visitors.”

First the sales tax referendum does NOT eliminate the property tax, only the state legislature can do that and so far they have not shown much inclination to move forward. Typical PSTA Administration and Board double speak.

Second, I don't share Mr. Miller's enthusiasm for our visitor's contribution to his sales tax effort. It doesn't take many tourists deciding to go up to Pasco or down to Manatee County to avoid the high bed taxes and highest sales tax in the state to have a substantial economic impact.

Finally, note the band of traveling supporters; PSTA staff and local politicians. Notably missing, anyone from the general public. In fact you might want to note who these "elected officials" are that are willing to stick you with a 14% increase in your sales tax, and take that into account when they come up for reelection. You can see a list of the elected officials on the PSTA Board here PSTA Board of Directors.

No doubt, given the amount of your tax dollars PSTA is willing to spend to sell you this boondoggle, they will shop around and find a pollster who will gladly provide them a contra poll. Look for those results to be highly touted in the supporting local media.

This Referendum item is not about public transportation, it's all about the biggest uncontrolled money grab in recent history. You can read the actual Ordinance (Law) you will be approving if you vote yes at Greenlight Pinellas Tax Ordinance.

Click this link and read it. Where are the controls, where is the requirement in the Ordinance that the bus system be expanded, what are those "to be determined interlocal agreements"?

This is your money we are talking about.

This sales tax referendum is the most poorly conceived, poorly thought out, misleading ballot initiative to be put forth in Pinellas County in the last decade including the questionable ethics and tactics being used by PSTA to promote it.

Some elected officials like Jeff Brandes are starting to ask the right questions.

The only way to GO on GreenLight is to vote NO.