Kriseman Confirms it Red Light Cameras are All about the Money 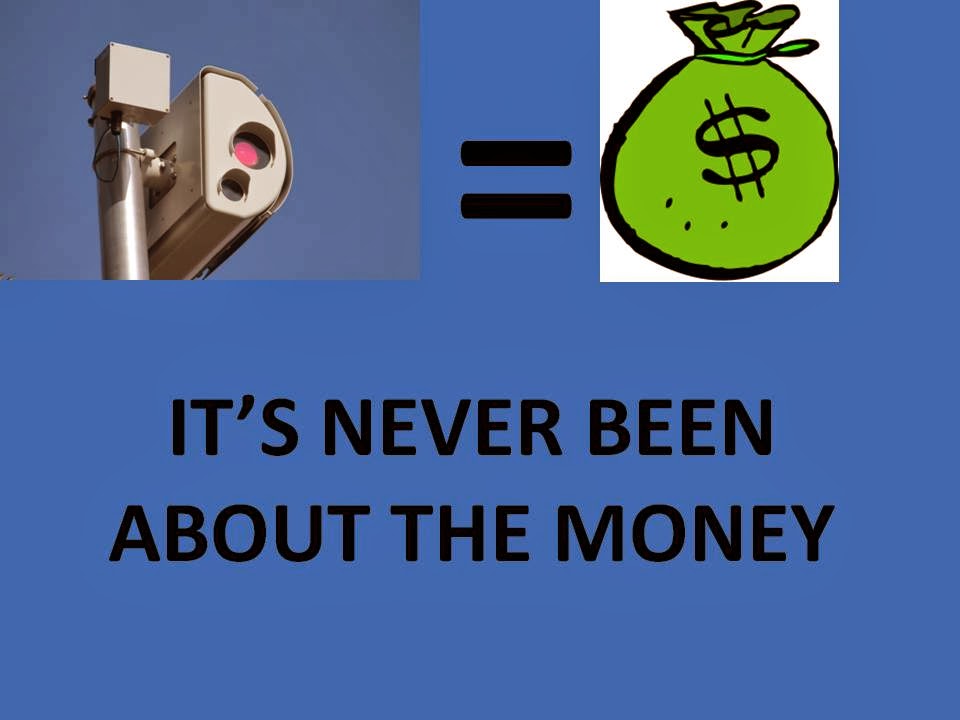 Mayor Rick Kriseman, in a pretty slick political move, has over hung today's City Council meeting with an announcement that if revenues continue to drop he will end the program in September, probably when the new fiscal year begins.

What is the Mayor really saying? If enough money does not come in to support the camera vendor and off set expenses he will shut the program down.

All of this red light camera crash safety justification is really a bunch of bunk. If enough of you don't run the red lights to pay for the system we'll just shut it down. Intersection safety is really not important enough to take general revenues away from programs to keep the intersections "safe".

Therefore, it's all about the money.

As long as enough people break the law to pay the cost of enforcing it, plus a little more, we will enforce it.

The real objective of the Mayor's announcement seems to be to give some political cover to Karl Nurse and Darden Rice, so they can vote for a motion to defer the decision, motion likely made by Charlie Gerdes and seconded by Jim Kennedy, to give the administration time to figure out how to jack this program back up and improve the cash flow.

Nice piece of political theater, you can tell Kriseman did learn something from his years in the state legislature.

“Kriseman said. “I want to thank our Transportation & Parking Staff for their continued due diligence with respect to the safety of our citizens.”

Really? See my Post: Matt Florell Takes another Public Beating this Time Thanks to Jim Kennedy

These are the people that, snuggled up to ATS, the system vendor, shortened the yellow lights, withheld crash information from City Council and treated citizens who called them out like second class members of our community.

I guess if I was still a manager or assistant director in the Kriseman administration I would now know what is expected of me.

Let's hope City Council doesn't buy his charade and votes to kill this program once and for all.