It was time for the first game of the new season. The team was assembled. The new Coach (Council Chairperson Bill Dudley) took his seat. They prayed and said the Pledge of Allegiance and then the Coach began his first pre game team pep talk.
He promised a new day. He said he expected collaboration and civility. He even held up the rule book and said "this is what we are going to go by."

Coach asked for some consideration as he entered his new role and the game began. 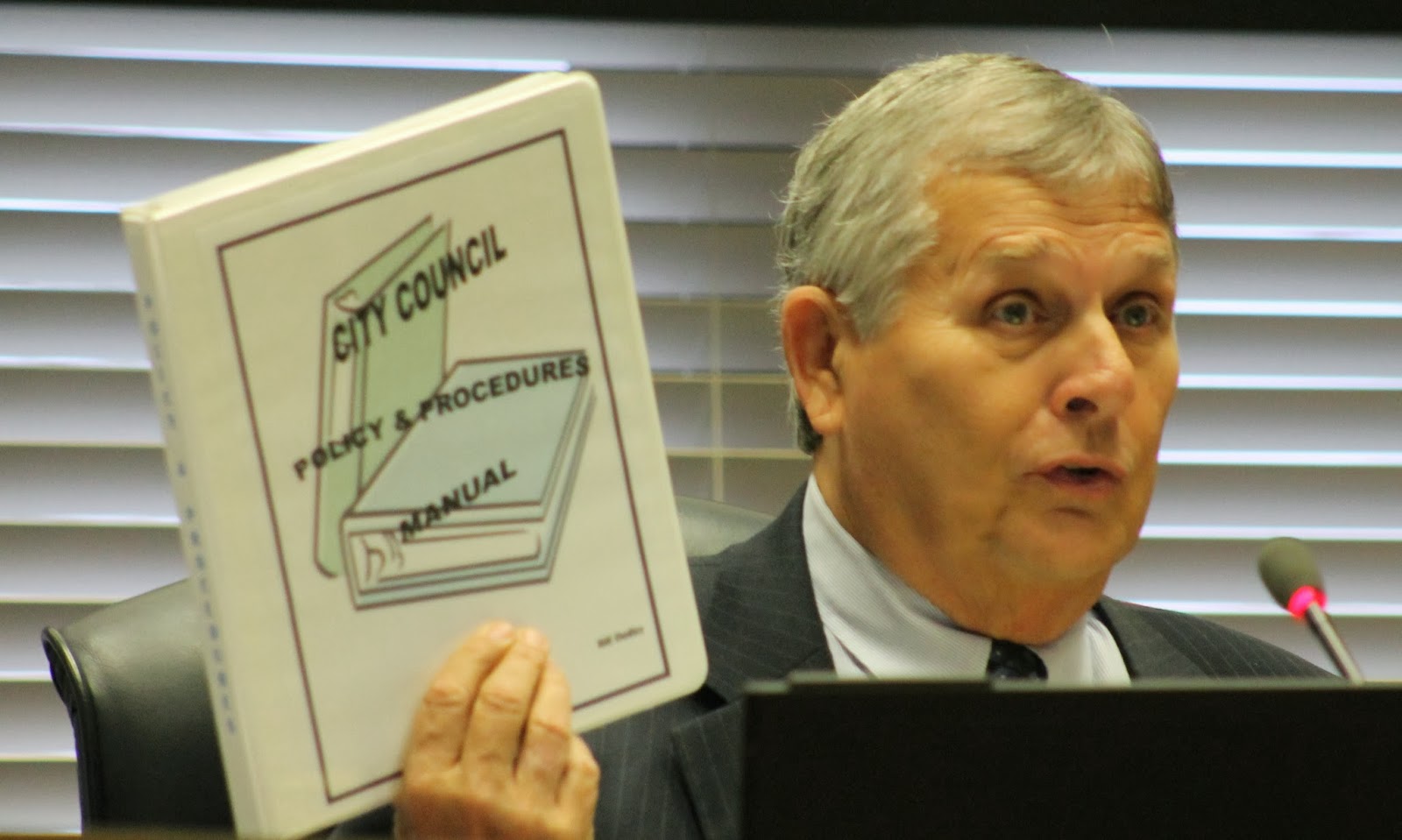 He did pretty well, some procedural fumbles but it is complicated process, leading these meetings.  Coach had plenty of help from the resident parliamentarians Jim Kennedy and Charlie Gerdes, and some very polite and helpful "points of order" from Steve Kornell.

The wheels started to come off with Item F Reports - the Skyway Marina District Plan Update. Things were going along well, until the discussion began to disintegrate as a battle began to surface regarding the request for funding. Should they pass the funding request or should they wait until the scheduled workshop?

To his credit, Coach rained things back in, only to have Mama T. Lasiter raise some very good points about why her area, 4th, 9th and 16th streets South, which have been waiting for years for a development plan were getting over looked. Once again things began to bubble and civility slipped.
In the end they decided to go to the workshop.

It really got interesting with New Business Item 1, A Request to Refund Red Light Camera Revenue, collected at intersections where the red light camera equipment and installation is suspect.

Considerable wrangling ensued following Transportation Management and Parking Director Joe Kubicki's statement that all of the equipment is fine and working as it should. Surprising that Council would just accept Kubicki's comments since, Mr. Kubicki's department was recently taken to task for leaving critical cash information out of a report to City Council.

Wengay Newton once again tried to get a motion to the floor to shut the whole red light camera program down, only to be out maneuvered by the Gerdes' motion to defer.

In what was almost a major fumble, Coach nearly missed the public input from Matt Florell who is our resident red light camera watcher and some other citizens, but with some help from the dais all was finally resolved. Mr. Florell never got a chance to make his case.

Not a bad first outing for Coach, but he will have to step his game as Amy Foster and Darden Rice come up to speed on the issues and the process.

Through it all, the new Mayor smiled broadly, said little and generally seemed to enjoy the meeting.

It's going to be a long season.

E-mail Doc at: dr.webb@verizon.net. Or send me a Facebook (Gene Webb) Friend request.