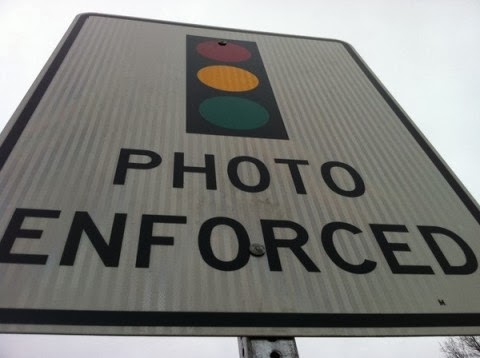 It is time for the Mayor to step up and put the St. Pete red light camera program on hold until the growing number of questions about its performance and management can be resolved.

Even some of the mayor's former legislative colleges are having appropriate concerns as a Bill limiting red light cameras moves forward in the State legislature.

The two newly elected members of City Council, Foster and Rice, ran on their opposition to the red light camera program and at least two more have voiced concern, Nurse and Kornell, along with the fact that over 50% of the people polled don't want the program.

The Mayors Public Safety Transition Team Report says "Data on red light camera citations suggest that their public safety impact is questionable. While red light cameras are a rich source of added revenue to the City and State, data have shown that two of the top infraction types being incurred by drivers are less dangerous than generally perceived (i.e., “right on red" cause less than% of the crashes,” and “blink-of-an-eye” infractions cause a very small percentage of collisions).It is recommended that the red light cameras be eliminated completely or eliminate the right on red and blink-of-an-eye violations."

At least a hold on the program should be a no brainer for the new Mayor.

Why keep issuing tickets when the upcoming workshop and/or legislative action may shutdown or significantly alter the red light camera program?

Mr. Florell was never allowed to present his case at the Council meeting, even though the administration was allowed a full rebuttal.

This treatment of citizens, who would question the red light camera program, I find arrogant and disgusting and it should not be allowed by Kriseman nor tolerated from his staff.

Mr. Florell will be allowed, we hope, to bring forth his information at the workshop.

It is time to put red light camera citations on hold, work out the issues, answer the questions, apply some common sense and if the program is to continue, relocate it somewhere in the organization where it can be properly managed.  The Police Department comes to mind.

E-mail Doc at: dr.webb@verizon.net. or send me a Facebook (Gene Webb) Friend request.