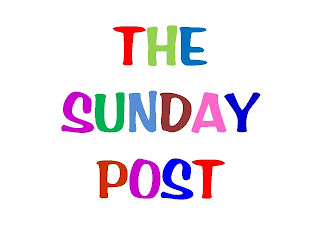 Mayor elect Kriseman's decision to appoint Kevin King has started up a bit of a fire storm.


Chris O'Donnell of the Tampa Tribune reported on King's past in his article Kriseman's mayoral team grows to 7 and other local media outlets have also brought up King's past and his long association with the Mayor elect.
Just after the primary and I had begun supporting Rick Kriseman in my blogs I had a call, one of those out of the blue "tips", about King and his background. The tip essentially was the same facts as reported in the Tribune article with a few embellishments.


I had known about the King incidents for some time.


Though King stayed in the background during the campaign he was frequently at major events but always out of camera view and no public statements. Like many I was not surprised to see Kriseman appoint Kevin to a position, but Chief of Staff is a reach.


When I was on City staff we would often joke about the fact that what separated St. Pete from most of the other large Cities in Florida was the number of staff people charged, convicted or incarcerated.  We were all expected to walk a pretty narrow line and for the most part we did.


If you look back, St. Pete, its elected officials and administrative staff have a pretty good record.


As Mayor, Kriseman's team has to be effective and if the Mayor is going to leave day to day operations to his Chief of staff, the person occupying that position must have the respect and confidence of the rest of the organization.


As chief of staff, Mr. King is in for an uphill battle with the current staff and probably with some of his new peer appointees.


You can sing the old song about what happened over decade ago is in the past but the events suggest a lack of both real and moral judgment and the last thing Kriseman needs is the staff questioning the judgment of the guy he placed in charge. And trust me - they will.


This one is a bad call.


If the Mayor elect wanted to take care of his long time associate then there are a lot of other places in the organization where King's talents could have been put to good use.


The new Mayor is burning a lot of political capital on this one; I hope it's worth the cost.


E-mail Doc at: dr.webb@verizon.net, or send me a Facebook (Gene Webb) Friend request. See More of Doc at Bay Post Internet and St.PetePatch.


Get ready to vote "NO" on the Transportation Sales Tax referendum.