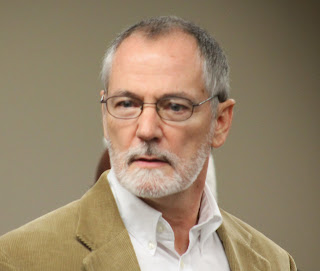 (St. Petersburg) --  December 17, 2013
Mayor-elect Rick Kriseman announced the appointment of Michael Dove to serve as Director of Neighborhood Affairs. Mr. Dove is the former Deputy Mayor for Neighborhood Services for the City of St. Petersburg, where he has lived for 33 years.

Said Mr. Dove: "I am honored to be asked by Mayor-elect Kriseman to come back and help implement his vision for the neighborhoods of Saint Petersburg. He has consistently emphasized the importance of rebuilding and celebrating the unique cultural and historic resources of our neighborhoods, reducing blight, bringing back important programs like neighborhood grants, and strengthening the identity of our neighborhoods. He is committed to being creative and using the City's resources to support organizations that are trying to improve the quality of life in each neighborhood. I look forward to supporting his vision and renewing the City's efforts to rebuild and support neighborhoods throughout the City.​"

Mr. Dove has over 30 years of government experience at the local, county, and regional levels. He has experience in transportation planning, land use and zoning, housing, code enforcement, and neighborhood programs. In 1993 under Mayor Fischer, he created St. Petersburg’s neighborhood partnership program, which was recognized by national, state, and local awards. In 2001, he became Deputy Mayor for Neighborhood Services for Mayor Rick Baker. He retired from the City in 2007, to open his own firm as a planning consultant.

Mr. Dove has spoken at state and national conferences on community involvement, neighborhood and business area plans, and coordinating city efforts among departments for community redevelopment and comprehensive planning. He currently serves on the Board of Neighborhood Home Solutions, the Board of Bahama Shores neighborhood association, and continues as a Planning Consultant.

His educational background includes a Bachelors Degree from Belmont Abbey College in NC and two Master’s degrees from Virginia Tech in Urban Affairs and City and Regional Planning.

Comment
Mike Dove is another great choice by the Mayor Elect. Mike will do an outstanding job as long as the Mayor backs him.

e-mail Doc at: dr.webb@verizon.net, or send me a Facebook (Gene Webb)Friend request. See More of Doc at Bay Post Internet and St.PetePatch.

Get ready to vote "NO" on the Transportation sales tax referendum.