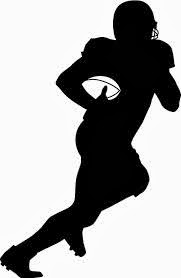 I rarely write about sports. I am what you would call a casual sports fan. A little baseball, no basket ball, some hockey, a little soccer and some foot ball. No fantasy teams, even though I attended Ohio State for a short time, no college football allegiance.


What turns me off most about sports in general is the seemingly witless tendency the press and the public have to excuse these stars of college football and athletes in general for their actions off the field.


According to Wikipedia the Heisman winner is selected according to the following
I always felt the Heisman represented some of the best in college foot ball. Perhaps the newest requirement is one unprosecuted rape accusation.


One certainly has to wonder if the same accusations were brought an FSU 3rd year computer programming student and member of the chess team, if the local officials would have been as hesitant in their "investigation" of the case. More than likely not.


The saddest part is all of the kids from pee wee football through high school that look up to the people who receive awards like the Heisman as role models. I guess sexual assault is OK as long as you don't get prosecuted. That's the way you voted, "informed, competent, and impartial."


Performance in the arena trumps morality every time.


So the next time you read about one of footballs' up and coming high school or college stars assaulting someone remember all you folks listed in the bullet points above, you bare some of the responsibility.


Maybe the Title to this Post should have been Heisman Worthless.