Politics At The St. Pete PD? 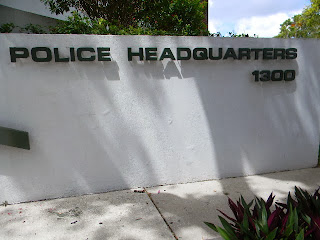 I may have to take back my accolades for Assistant Chief DeKay being tapped by Mayor elect Rick Kriseman as interim Police Chief.
With the early departure of current chief Chuck Harmon, December 18, 2013, DeKay becomes acting Chief.

In a very uncharacteristic way, acting Chief DeKay appears to have moved into the gamesmanship arena, reportedly selecting Major Mike Kovacsev as the acting Assistant Chief for the Investigative Services Bureau.
This decision makes absolutely no sense. Assistant Chief Melanie Bevan, a well seasoned police officer and administrator, currently in charge of the Administrative Services Bureau would make a far better and fairer choice.
Two of the Departments' best could be actually working to reduce and solve crimes in St. Pete.
The largely civilian Administrative Services Bureau, which includes the IT Division, Communications Center, Finance and Legal Divisions to name a few could easily be administered for the interim period by civilian Assistant Director Mike McDonald, whom I worked for five years. He generally ran day to day operations.
Kovacsev is a smart, competent, outstanding Police officer and detective. A real pleasure to work with from my perspective and definitely a candidate for senior level staff at some point. He would be simply a pawn in this game.
It looks like the Mayor elect's interim Chief may be playing a bit of politics by keeping Assistant Chief Melanie Bevan in an administrative role while Assistant Chief Luke Williams has a  much more visible street role.
The Mayor elect may want to have a sit down with his proposed interim Chief.
And before the new Mayor and/or his staff start the old saw "I'm not going to micro manage my employees",  it's not micro managing when you call someone out for taking advantage of your confidence and trust.
I spent 5 years at the Police Department and internal politics is one of the major problems.
The Mayor elect is about to find out what a mess he has inherited from Bill Foster, made much worse by Foster's lack of leadership, and it's not limited to the Police department.
No interim player in a Baker administration would have even thought about playing these kind of games, at least not without a nod from the Mayor elect.
Kriseman better get on all of this quick or he will spend four years holding on to the wrong end of the tiger.

e-mail Doc at: dr.webbsmail@gmail.com, or send me a Facebook (Gene Webb) Friend request.
To Follow Bay Post Internet Click the box in the upper left and put in your e-mail address.
You can unsubscribe at any time.