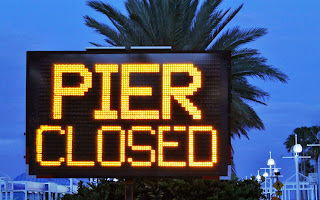 The election is over, Mayor elect Rick Kriseman has announced his new Transition Team and there is a lot of talk about working together on the transition of power from the Foster Administration to the Kriseman administration. At least from the Kriseman side of the table. 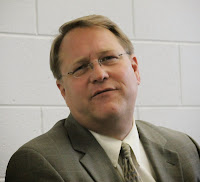 If past history is any indication of what Bill Foster is likely to do, the Mayor elect and his transition team had better be on high alert.


Kriseman's comment "I want to make sure we're professional" he said. "We're going to look at the whole organization chart," is probably reverberating around City Hall, MSB all the other departments like golf ball in a tile bathroom.


An early indication of the level of Foster "cooperation" will be his response to the Mayor elect's request for some office space to operate in during the transition.


Two things we know about Bill Foster for sure are: 1) he is a sore loser, and 2) he has a serious vindictive streak. You only need to go down to the Pier and look at the sign that greats you to see the results of the Foster ire.


Now the staff, especially senior administrators, is on edge so the whole transition ball is already up in the air.


All of this sweet talk about everyone loving ST. Petersburg makes good TV sound bites, but I can't help but believe that Bill is looking throw a high, inside fast one at the new Mayor.


My advice to the Mayor elect and the transition team: don't be taken in by smiling Bill and the wagging head. Be careful, be very careful and if you open a door and something is laying there on floor on fire, think before you stomp it out.