Kriseman Raises over $50,000 For Mayoral Bid 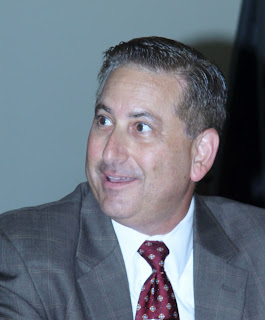 St. Petersburg mayoral frontrunner Rick Kriseman announced today that he brought in over $50,000 in the first reporting period of the runoff election. The former city councilman and state representative raised $59,004, bringing his cash on hand in the run-off election to $60,487.


"Once again, I am humbled by the outpouring of support for my campaign for mayor of St. Petersburg," said Kriseman. "This campaign has grown into a movement for a St. Petersburg with more jobs, better schools, and stronger neighborhoods. The people of this city want decisive leadership from City Hall and I am confident I will deliver that leadership as mayor."
Kriseman brought in over 200 contributions, 75% of which came from Pinellas County. A majority of the contributions came from within St. Petersburg.
Kriseman also had a strong showing at Tuesday night's St. Pete election debate at NOVA on MLK Street. Kriseman's direct contact with small business owners resonated well.

Be sure to comment below or you can e-mail Doc at: dr.webb@verizon.net, or send me a Facebook Friend request.