LENS VS The PD Building 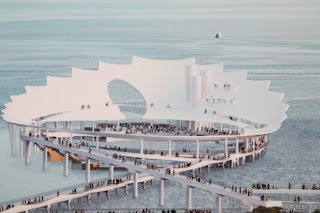 The question of priorities was certainly front and center at Thursdays St. Pete City Council meeting.

The new Police Building was on the agenda to approve going forward with the next design phase about $3.1 million. While happily approving without any question  the $5 million dollar LENS design phase with no concern about the project bottom line, the question of the cost of the Police facility, about $60 million, became an issue again.

Never mind the fact that this band of elected so called representatives has no qualms about throwing away $50 Million on the LENs plus the interest cost in financing the project, estimated by some at an additional $10 million in direct tax payer expenses. With the expected over runs this whole majestic piece of  mostly useless art could cost well over $80 million. 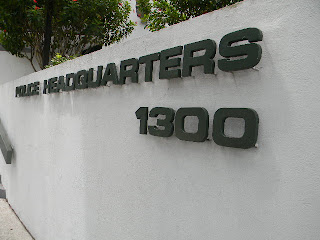 As one who worked in the current police facility for 5 years, let me tell you for a fact that the place must be replaced. I had to do mold mitigation twice in my group's area, plus have dead rats removed from the ceiling and that was almost 5 years ago.
The place is barely fit for human habitation.
Since I participated in the initial design phase, I can also attest to the fact that there was no attempt to "gold plate" the new design, in fact quite the opposite. Space and facility requests were consistently pared back by the design committee.
Instead of setting up on the dais and taking shots at the PD, Council members should go down to the PD and set with those planning the new facility and get some facts.
The inconsistency of wasting money on a piece of iconic art verses investing in the public safety, the one thing every citizen needs, is just simply unconscionable.
Fully realizing that the TIF money for the LENS and the Penny for Pinellas money for the Police Headquarters are two entirely different and unrelated sources of funding, the decision to take on indebtedness to complete either or both is not.
The cost of that indebtedness all taxpayers bare.
It is simply ironic that the same people who are willing to invest in a $50 Million plus jogging track, are not equally willing to support the public safety organization they all say is the first priority of local government.
You can read my previous posts about the PD and see I have my issues with PD management, but in this case, there is no willingness to take advantage, no desire to gold plate, no attempt to get more than they need, no desire to build a monument. They just need and want a modern, clean, functional facility to work from.
Public safety on the cheap will always come back and bite you.
This attempt by City Council and the Foster administration to  build a new police facility in some phased cheap approach is probably an even greater disservice to the public than the failure to let the people vote on the LENS.
It is time for some new faces at City Hall. Beginning with a new Mayor and City Council.
e-mail Doc at: dr.webb@verizon.net, or send me a Facebook Friend request.


Have your say.  Be sure to get a petition for the Pier Referendum and complete it properly. Information and schedule of events at Stop The Lens.