The St. Pete PD and Twitter Will It Be Helpful? 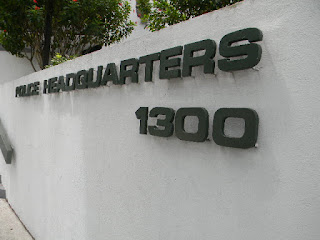 I got taken to task by several folks for my recent Post Some Good News From Police Chief Chuck Harmon.

Here is an e-mail, used with his permission, from a good friend and long time advocate for more access to Police information Travis Jarman.
Travis has long been active in CONA and his neighborhood Association, and has pushed for open access to Police information.
I couldn’t believe it when I read this in your blog about SPPD’s improved use of Twitter ---
“Next time there is some activity in your neighborhood just check the Twitter account.”
On January 15th in a meeting at City Hall with the Mayor, Chief Harmon, and eight or more neighborhoods that have been clamoring for improved communications between the SPPD and the public Chief Harmon told us that Twitter notices would be posted “only when a major public safety threat was present” and that this might happen “a dozen times a year”. The Chief soundly rejected our calls for adoption of a more timely online reporting system such as is in use by the Pinellas SO, Tampa PD, and Clearwater PD. He also denied our request for a daily report on police incidents (as promised by Mayor Foster in his ‘Foster 40’ and as produced by the Tampa PD), saying that “Tampa PD was providing too much information about crimes and he was going to call them and explain why they shouldn’t be providing these details to the public”.
Frankly I don’t think we will find Twitter of much use for those burglaries in process, suspicious persons, vehicle burglaries, man-with-a-gun calls, or the other police activity that occurs in our neighborhoods.
Travis Jarman
St. Petersburg
There is certainly more information the St. Petersburg PD can easily share, but it will take more people like Travis pushing both the mayor and the Police Chief to get the information out.
Have your say.  Be sure to get a petition for the Pier Referendum and complete it properly. Information and schedule of events at Stop The Lens.