Negotiation Fee, Blackmail, Larceny What is going On??? 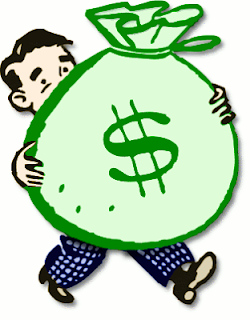 The latest wrinkle in the Rays fight to stay alive comes from Council member Charlie Gerdes as he proposes to extract a cool $1.42 million from the Rays for the "right to talk to Hillsborough County".


I don't know about you, but this just does not sound right to me. There is no doubt the Rays can pony up the $1.42 million, but this sounds more like extortion than negotiating.
What's the point? There is no logical rationale or real connection to the issue, the City just takes $1.42 million out of the Rays coffers.
What is the basis, other than tying the number neatly to the Trop operating subsidy, for asking the Rays for a payment to work on a deal to save the team for Tampa Bay.
This whole deal sounds more like something from a divorce case than a legitimate position for a local government.
This sort of legitimizes the position of: if you want to negotiate something with the City put up some money. Seems like all of that fairness and equal opportunity stuff just went out the window.
Even bringing this approach up sets a bad example for how those leading St. Pete think. "Just bring us enough money and we will let you do what you want".
First, St. Pete slaps the Rays around with a lease and even refuses to acknowledge the realities of the situation, then a Council member offers to over look that little barrier for a few bucks.
This approach does not further the effort,  it is downright inappropriate and borders on disgusting.
The big money players in St. Pete already exert way to much influence in City Hall and once they find out this is the new way of doing business, you will see all sorts of "offers".
It is a short walk from making these offers in public to making them in private and we all know where that goes.
I would have expected more from Charlie Gerdes, I think this just makes St. Pete look tawdry and cheap.
One thing is for sure if Stu caves in on this one, there will be line at the door with people from every corner of government asking for money.
I hope Stu Sternberg shows some real integrity and passes on this attempt to get cash for talking rights. He has to draw the line somewhere, I hope this is the place.
e-mail Doc at: dr.webb@verizon.net, or send me a Facebook Friend request.