How Long Can Baseball Last? 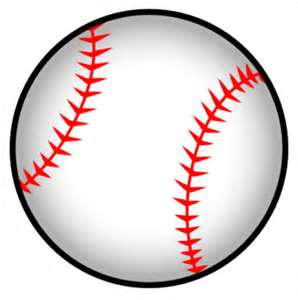 As the Tampa Bay area looks to build a new multi-million dollar palace for baseball to play in, one of the questions should be just how viable is baseball as a business. Stadium, deals are typically long term commitments due to the large sums of money, most of it public funds, that are required to build baseball stadiums.

Here is a breakdown of the cost and financing for what is now Tropicana Field.
Cost: $115 Million (original), $85 Million (renovations)
Public Financing: 100% (original): general obligation bonds, 79% (renovations)
Private Financing: 21% (renovations): $14 million by Rays. Source: ballparksofbaseball.com
When St. Petersburg built what is now Tropicana Field, it was built to what baseball thought would be the venue of the future. The totally enclosed baseball stadium never really was accepted and now 25 years or so later the venue is in baseballs words "unworkable"
It would be interesting to see if the venue was unworkable if attendance was 20 million per year.
Baseball has long turned to new venues to prop up attendance. Sometimes it works sometimes it doesn't.
The bigger question may be how viable is baseball over the next 20 to 30 years as a business. A new stadium will be a 20 to 30 year debt/financing deal for whoever decides to build it.
Assuming the new stadium works and attendance is at least MLB average, how long will it be before baseball begins to fade away, as league wide attendance has not grown appreciably in the last decade.  Also, as media revenues start to drop, will the baseball business continue to work?
We are really betting that 20/30 years from now in a society that is changing rapidly and shortening its attention span and event time allocations every day, that a sport that moves at a pace just past watching grass grow will endure.
The problem with these sports arena deals is the emotion is of the moment and the reality is way out in the future.
It could be that baseball will endure forever, and those parents hanging their retirement plans on their teenager's pitching arm may retire in financial comfort, but are we willing to bet the farm on that?
It could also be that 30 years from now all that is left of baseball is what remains in Coopers Town.

I am not totally in the "let them pay for it" camp but I do think owners and MLB need to have more skin the game and  a 50/50 deal on financing makes a good starting point.
The reality is the Bay area won't wither and die without major league baseball. In fact between Mayor Foster, Mayor Buckhorn and the two County commissions, we have probably done more damage to the area's reputation than if the Rays had just packed up and left.
It's time to dial back the emotion and crank up the reality with some good solid thinkers.
What is there to lead us to believe that 20 years into a new 30 year stadium deal MLB won't be making the same arguments all over again?
Nothing.
Have your say.  Be sure to get a petition for the Pier Referendum and complete it properly. Information and schedule of events at Stop The Lens.