Six People on A Mission, One not Sure, One Lone Dissenting Voice 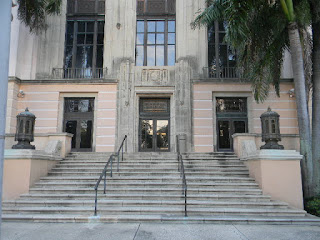 I spent Wednesday at the LENS hearing and Thursday at City Council listening to arguments for and against the LENS project.

Judge Williams was pretty clear in her voiced concern when she directly asked City Legal Counsel "why didn't you just let the people vote."  The answer was we could not reach agreement on the ballot language. I was never aware that any serious conversations along that line ever took place.
The Judge's question was never fully disclosed to City Council Thursday, perhaps the attorney/client meeting with City Council will be a bit more revealing. City Council should get the transcript and read it.
What has become increasingly discomforting  is six of the Council members are determined to go ahead with the LENS at all costs to the City regardless of the peoples will.
Karl Nurse continues to be confused and conflicted saying one thing then voting the other way, Wengay Newton's position against the project remains firm. The Mayor, wisely, was generally quiet during the discussion. Why try to provide any leadership at this point?
Kornell, Dudley and surprisingly Gerdes, the only Councilmember to attend the Court hearing, are being lead around by the nose by Curran, Danner and Kennedy.
You have to wonder if Kennedy an Gerdes, both lawyers, would recommend a client paying them for legal advice,  go ahead finance and build a multimillion dollar home with issues like a pending legal action to stop the process and a neighborhood petition drive to prevent the construction?
A couple of times Thursday the whole "representative democracy" argument was raised. That's the old saw that says we elect officials to represent us and they do what they think is best. If that were totally true then why all of the harping about that well managed public input visioning process to justify their actions?
The fact is as long as you are saying what Curran, Danner and Kennedy and Kornell want to hear they will be willing listen to you. When you aren't saying what they want to hear, they are acting as part of the representative democracy that knows best and ignoring you.
It has become pretty clear that the LENS support base on City Council is going to push on until the public forces them to a stop.
City Attorney John Wolf said Thursday that the Stop The Lens Petition is legal and accurate, when they get enough signatures Council will either have to enact and ordinance stopping the LENS or put the issue to a vote.
There is your answer, there is your solution. Judge Williams may come to the same conclusion, but your best bet is to get a Stop The LENS petition and complete it properly. For information check out the  Stop The Lens website.
e-mail Doc at: dr.webb@verizon.net, or send me a Facebook Friend request.