Has the Media Massacred the Massacre? 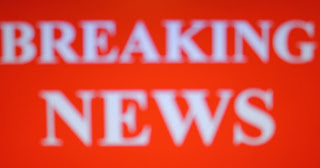 The event in  Newtown Connecticut has been another total media melt down. From overly aggressive reporting to inaccurate facts it has been a nightmare of over exposure and on the air guessing.

Reporting began almost before the smoke cleared and it was glaringly inept. In a raging desire to present the most gore, the most hideous view of the events, we can only be thankful that law enforcement was able to keep the news hounds out of the crime scene.
Take the guns. Not a single news agency that I am aware of got it right. On one local news outlet the news anchor introduced the Newtown story as a shooter with three handguns and was immediately contradicted by his local reporter who said 2 handguns and one rifle with all shots coming from the hand guns.
Wrong...Wrong, wrong on all sides with no attempt to clarify either statement.
A local outlet I watch aired the same scenes: the anguished woman on the cell phone, the line of terrified children being lead from the scene and a teary eyed president 4 times in 4 separate segments of the same news program with different reporters reading pretty much the same news copy. Absolutely unnecessary, unprofessional and useless from news consuming public's perspective.
Why local news outlets think they can add anything to a major out for town out, of state event totally eludes me. Most of the local guys have a hard enough time getting the local news right.
Personally I don't care what their view, opinion, observation or inaccurate reporting of the facts  of a national event may be. Why not stick to the local news and let the networks screw up the coverage of events like Newtown.
It makes the local news people look really stupid.
In an effort to be first, worst and inaccurate, all of the networks with the possible exception of NPR were likes sharks with blood in the water.
I'm not sure which made me sicker to my stomach, the event or the reporting.
The crowning and TV turning off event for me was one of the national networks'  "psychology expert" going on and on about how you should protect your children from hearing about the event before you tell them , while adding almost 20 minutes of air time doing just that.
The news media needs to step back and get out of the circus business and back in the news business. Getting it right, providing accurate information, no melodrama, respect for people in crisis and a renewed understanding of their responsibility to do news and not performances.
When a tough guy like President Obama is moved to tears in public by an event this horrific, every person in the news business, from the guy who drives the truck to the executives that have approved some of the trash aired during this event need to stop and consider what they are doing, who they are doing it for and why.
e-mail Doc at: dr.webb@verizon.net, or send me a Facebook Friend request.