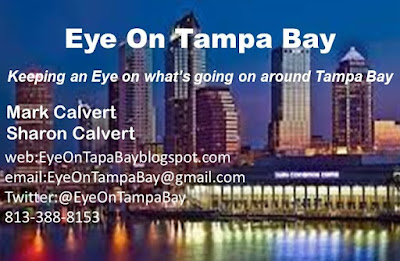 A lawsuit was filed Wednesday in Hillsborough County by Plaintiff Karen Jaroch challenging the 30 year ONE PERCENT rail/transit tax ballot language on the November ballot. The lawsuit alleges the ballot language is unlawful and deceitful and should be removed from the ballot.

The Complaint asks that the rail tax ballot language be ruled defective and the County and the Supervisor of Elections prohibited from placing the ballot title and summary language on the November ballot.

This Complaint alleges “this referendum is destined to the same legal fate as the prior initiative because the County’s ballot title and ballot summary are facially defective.”.

According to the lawsuit, per Florida Statute section 212.055(1), only one question can be put before voters to answer. The voters can answer yes or no to a 30 year one-percent discretionary sales surtax levied with funds deposited into a related trust fund and used for transportation uses authorized by State law and created in Hillsborough County for 30 years for transportation uses authorized by section 212.055(1) and selected by the Board of County Commissioners?

But the rail tax ballot summary language fails to present a simple and narrow question. It appears to make promises to residents in specific areas they will receive favored transportation improvements. The ballot language lumps areas in unincorporated Hillsborough with the city municipalities of Tampa, Temple Terrace and Plant City as if they are municipalities too.

Below is Hillsborough County’s ballot language (ends at Yes/No).

Orange County simply asks voters to answer For or Against the one percent 20 year sales tax hike, It appears there is a stark difference between the ballot language used by Hillsborough County and Orange County regarding a transportation sales tax referendum governed by State law.

Jaroch, a resident and taxpayer in Hillborough County, is a former Board member and Vice Chair of HART transit agency.

Hillsborough County still owes Hillsborough County taxpayers $560 MILLION of unlawfully collected sales tax proceeds. That huge refund mess is a result of the 2018 All for Transportation rail tax being thrown out by the Florida Supreme Court as illegal and unlawful.

Creative Loafing has already spun a hit piece that included:

Hillsborough County Commissioner Kimberly Overman told Creative Loafing Tampa Bay that the need for public transportation is urgent, which is why the county commission seeks to let the voters decide on it.

“Everything that I have heard from our residents is that we need to invest in public transportation,” Overman told CL. She added that the county commission took care to take their time crafting the ballot language to comply with state laws. Tyler Hudson, co-chair of All For Transportation, a grassroots group that works to address Hillsborough County's public transit crisis, said that the lawsuit aims to keep voters from deciding on transportation.

“This is a frivolous ploy to deny voters the chance to fix Hillsborough County’s transportation crisis," Hudson said. "A small group of obstructions have already delayed by 4 years much needed road, safety and transit projects which has had catastrophic consequences for the community. Lawsuits don’t fill potholes, and voters deserve the opportunity to decide their transportation future at the ballot box.”

Hudson, Overman and All for Transportation are the same “small” group of people and wealthy special interests donors who put the 2018 ILLEGAL rail tax on the ballot. They created the huge refund mess and are the losers of the lawsuit that threw the rail tax out.

Why should voters trust them? The ballot language is basically what All for Transportation used in their illegal rail tax. Every voter should be skeptical because they should never endure another ballot legal issue causing another huge refund mess.

We will update as the lawsuit proceeds.