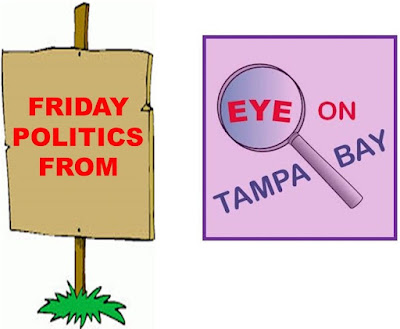 The lawsuit was filed by Plaintiff Hardam Tripathi on May 25, 2022 against the Hillsborough County Supervisor of Elections (SOE) and Vistra Communications, LLC.

This is a case about the public interest, and specifically, about the need for transparency in the operations of government and in the conduct of public elections. Plaintiff's Complaint asks only that Defendant, Vistra Communications, LLC ("Vistra") make available to Plaintiff's inspection public documents made transparent by Florida's public records law.

We reported here, here and here that in 2020 Hillsborough County SOE Craig Latimer took $2.9 Million of "ZuckBucks" funneled through the highly partisan nonprofit Center For Tech and Civic Life (CTCL). Latimer handed $2.6 Million (90%) of his "ZuckBucks" to marketing and PR firm Vistra Communications to launch a GOTV campaign.

Latimer never told the public about his $2.9 Million "ZuckBucks" nor how that money was hastily spent in the last 5-6 weeks leading up to the November 2020 election.

In this case the Plaintiff had made public records request to the SOE that included requesting records "directed to Vistra as a "Contractor", acting "on behalf" of a public agency" pursuant to section 119.0701 Florida Statutes. But Vistra has refused to produce any documents beyond what had already been produced by the SOE."

In this lawsuit, the Plaintiff seeks "an affirmative injunction requiring Vistra Communications, LLC to immediately produce all documents responsive to the Request that are in Vistra's possession, custody, or control or which Vistra had a duty to maintain under Florida law; and assess and award against Vistra Communications, LLC all Plaintiff's reasonable costs of enforcement of this action, including reasonable attorney's fees; and such other relief that this Court deems just and proper."

CTCL had never raised more than about a million dollars in any one year until Mark Zuckerberg handed them $350 million dollars in August 2020 to funnel to local election officials. CTCL was not staffed to handle such a large amount of money dropped in their laps and hand it all out in such very short time before the 2020 election.

CTCL could not staff up in time and it appears CTCL used other partisan organizations to do solicitations for them. From Exhibits 4, 5 and 8 included in the lawsuit, such solicitation appears to have occurred with the Hillsborough County SOE.