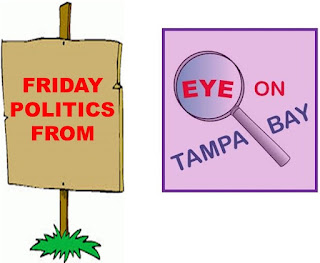 Hillsborough County - you have a problem!

At the June 15th BOCC meeting Hillsborough County staff recommended handing $700K to engineering firm HNTB for a taxpayer funded PR campaign in support of the $18 Billion rail tax on the November ballot.

The County knows they are treading on very thin ice launching a publicly financed campaign for a political issue - the monster rail tax referendum.

This is the same County Attorney who did not warn county commissioners the 2018 All for Transportation (AFT) rail tax had legal issues. The County still owes taxpayers a refund of $562 MILLION of illegal AFT tax dollars unlawfully collected.

The same Tampa Centric 5 Democrat commissioners who put the $18 Billion rail tax on the ballot - Kimberly Overman, Mariella Smith, Pat Kemp, Gwen Myers and Harry Cohen - voted yes for this unethical use of tax dollars for a political issue.

Commissioner White voted no and Commissioner Hagan, who had just spoken on the previous agenda item, was suddenly nowhere to be found and did not vote.

HNTB has given $1000 to the 2022 campaigns of Commissioners Hagan, Myers, Cohen and candidate Michael Owen. HNTB gave $15K to the pro rail tax PAC Moving Hillsborough Forward in 2010.

The transportation "Open Houses" the County held earlier this year that taxpayers already paid for were a flop. They flopped because the County got caught misleading the public.