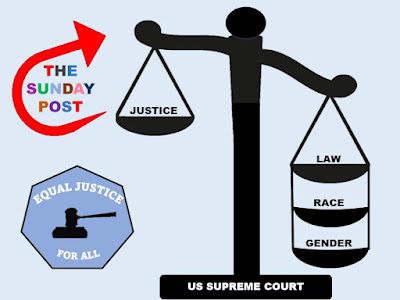 Early in his presidential campaign then candidate Biden, indicated his first appointment to the United States Supreme Court would be an African-American female.

I thought it was a bad idea, and bad politics, the very first time I heard the statement. My opinion has not changed.

The United States Supreme Court periodically, especially during election cycles, has become sort of a political football. Lots of strutting and talking about who and what kind of person you'll appoint to the Supreme Court if you're elected president of the United States. Up until now, the rhetoric has generally revolved around the nature of appointees’ judicial actions, their public writings, and their political leanings.

This time, the decision was all about race, ethnicity and gender.

As we have seen in the congressional hearings regarding judge Jackson's confirmation, this approach to the Supreme Court nomination process has further inflamed the political divide in our country.

By limiting the pool of candidates to African-American females president Biden has, whether deliberately or accidentally, injected the racial issues that have been the flash point in our culture for almost a decade into the nomination of a Supreme Court Justice, the highest court in the land.

Is judge Jackson the most qualified candidate to sit on the Supreme Court? We'll never know for sure.

What we do know is that should her nomination be confirmed, each decision she participates in, opines on or has a part in will be subject to scrutiny regarding the bias her appointment brings to the court. While judge Jackson's actions may be totally unbiased, there are going to be those in all political parties scrutinizing, commenting, and assessing her actions through a racial lens.

All of this could have been avoided, if Biden hadn't pandered for African American votes using The United States Supreme Court as his foil.

He could have, in all good faith, nominated a broader spectrum of candidates with varying qualifications of which judge Jackson could have easily participated in and quite probably been the successful candidate thus avoiding all the controversy.

Nobody wins in this appointment, not judge Jackson, not Joe Biden, and definitely not The US judicial system.