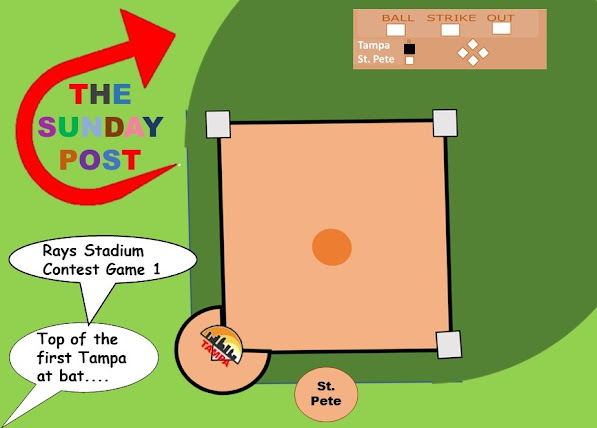 Now that Major League Baseball has put the squash on the two-city proposal from the Tampa Bay Rays where they would play half the season in Montreal Canada and the other half of the season here in the Tampa Bay area, the pathway to the Rays future has become a bit clearer.

At the center of the Rays discussion, where they'll play, and the prospects of a new stadium are two very savvy political mayors: Jane Castor Mayor of Tampa and Ken Welch the newly elected Mayor of Saint Petersburg.

For the moment, things seem to be all sweetness and light between the two local politicians. However, as time drags on, the conversations, and negotiations will get significantly more interesting.

The biggest decision that newly minted Mayor Ken Welch will need to make is just exactly what strategy does he want to pursue? Welch has some firm objectives in the redevelopment of the Tropicana Field site, and the Tampa Bay Rays are not at the top of that list.

From Saint Petersburg’s perspective, what might be the best strategy in the short run?

For now, Mayor Welch might well want to take a wait, watch, and listen to approach. He may want to let the negotiations with the City of Tampa and Hillsborough County regarding the stadium, the nature of the stadium, and the funding play out a bit before he steps into the fray.

In fact, if Hillsborough County, the City of Tampa and the Tampa Bay Rays can reach an equitable solution for a new stadium and how it's funded, Welch might be just as happy to proceed with the Tropicana site development without the albatross of Major League Baseball hanging over his head.

On the other hand, if Hillsborough County and the City of Tampa cannot reach an equitable decision with the Rays and MLB regarding the new stadium, and especially its financing, then the Rays next most viable option is to come back to the City of Saint Petersburg more or less with their baseball hat in hand and see if they can work out some sort of a deal for a reasonably sized stadium to be included in the Tropicana site redevelopment.

This would certainly put Mayor Welch in a much stronger negotiating position rather than spending a lot of time in a bidding war with the City of Tampa.

The Rays have a major problem. They are simply running out of time.

The existing lease on Tropicana Field runs out in 2027 that's just five years from now. The time it will take to prepare the infrastructure, design and build a new baseball stadium anywhere in Tampa is going to push the extreme of that five-year window.

It would seem, given the fact that the Tropicana site is cleared except for the existing baseball stadium, that the construction time for a new baseball facility on the same site perhaps in a slightly different location would be significantly less than a ground-up start.

The real concern should be if things keep dragging on and there's no resolution as to where a stadium will be built and how it will be funded, what is Major League Baseball likely to do?

It's no big secret that the Tampa Bay area has never been considered a good baseball market. Both sides of the Bay need to carefully watch out for a dark horse who may swoop in and make an offer that the Tampa Bay Rays just cannot pass up.