Sea Level Rise – Where the real battle will be waged? Part 3 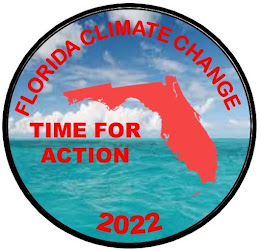 It all starts very simply. You live or have your business on the coast. At super-high tide you notice, there is some water in the street. In a year or so the same tide is now up in your yard or over the sidewalk in front of your business.
Next year, there is some water in your garage, or you show up to open for business, there is about an inch of water on the floor. No real problem you call your insurance company to file a small claim, they pay the claim and 30 days later cancel your insurance. Try as hard as you can you cannot find an insurance carrier will now write you a policy.
National Flood Insurance Program (NFIP) Note the year of the referenced report: 1992
Source: Sea Level Rise Issues And Potential Management Options For Local Governments 1992

Established in 1968 the program is administered by the Federal Insurance Administration which is component of FEMA.
“The program was intended to prevent or discourage unwise development but in fact, development has actually been encouraged by the availability of subsidized insurance. Rising sea level and the continuation of the NFIP will result in increased government spending of federal tax dollars to provide insurance for unwise development to a very small percentage of the population.”
Probably sooner rather than later, the Federal Flood Insurance Program will be modified to limit, if not, exempt property located in the predicted sea-level rise areas.
The simple reason is the cost will be prohibitive.

LOCAL GOVERNMENTS WILL BEAR THE BURDEN OF THE SEA-LEVEL RISE.
As much as we might like to think the Federal Government, and perhaps the State Government will bail out all of us who live near the coast, the fact is they cannot and will not. While the politicians use climate change and sea-level rise to scare people and denigrate their political competition to get votes they have no big scale solution because there simply isn’t one.
Sea-level rise is ultimately a local issue affecting thousands of communities and millions of people. When the streets begin to flood at high tide, and what once was a marsh is now a bay with gradually rising water, when wastewater treatment plants conveniently located next to water ways are inundated the battle will be lost.
There is a no more formidable enemy than the ocean history has shown us that fact.
The questions are:
For now, becoming aware of where your property is located in the sea-level flooding data is a good start. If you are already noticing what look like menacing high tides, it may be time to think about relocating.
Sea-level rise is not about “if” is about “when." You need to take the steps to protect your investment in your business and home now.
E-mail Doc at mail to: dr.gwebb@yahoo.com or send me a Facebook (E. Eugene Webb) Friend request. Like or share on Facebook and follow me on TWITTER  @DOC ON THE BAY.
See Doc's Photo Gallery at Bay Post Photos.