Should A Supreme Court Appointment Be the Result of A Campaign Promise? 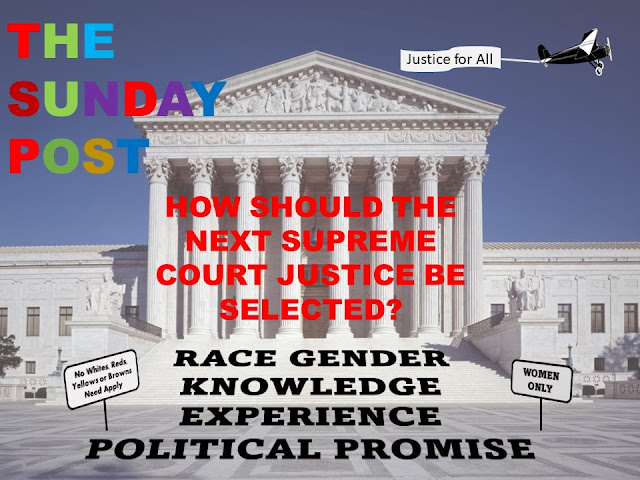 President Biden’s campaign promise to appoint an African-American female to the Supreme Court was a great political ploy to garner what were probably a few votes from the African-American community and from the general female population.

Now president Biden, is faced with living up to that promise and the results of him failing to do so are more significant than the votes he might have received as a result of the promise.

The question is should the person nominated for the Supreme Court be selected based on their race and gender? Is the best-qualified African-American female really the best qualified to be part of the Supreme Court?

Biden has backed himself into a corner and while the good news is he has some interesting candidates to choose from it is highly unlikely that any of these candidates are the best available from an experience and jurisprudence capability and perspective.

If we strive for a fair and equitable Supreme Court, compartmentalizing our available candidate pool by gender and race almost automatically eliminates the best possible candidate.

The ultimate question is simply: how can a candidate who was selected first on her ethnicity and then on her gender sit on the court and be truly unbiased?

The problem is regardless of how this Supreme Court Justice rules, there will always be lingering questions in the background about how the criterion of her selection impacts her decision making.

If the President's objective is to give women, black women and African Americans a better shake on the court, then the Supreme Court's viability is in severe jeopardy.

If he's looking to stoke some votes for the 2024 presidential election, he's squandering the independence of the Supreme Court for votes that will most likely be for a losing effort.

I for one, like a Supreme Court where I don't have to gauge the decision based on the race, ethnicity, or gender of those issuing the opinions. The founding fathers established a Supreme Court based on the primary assumption that the members of the court would be proficient in the law, profoundly independent, and unbiased.

That's just going to be hard to do when you were picked by the President not because of what you know, or what you've experienced, or what you've learned, but because you happen to be female and black.