Hispanics – Are they becoming a Political Force to be Reckoned With? Answer YES 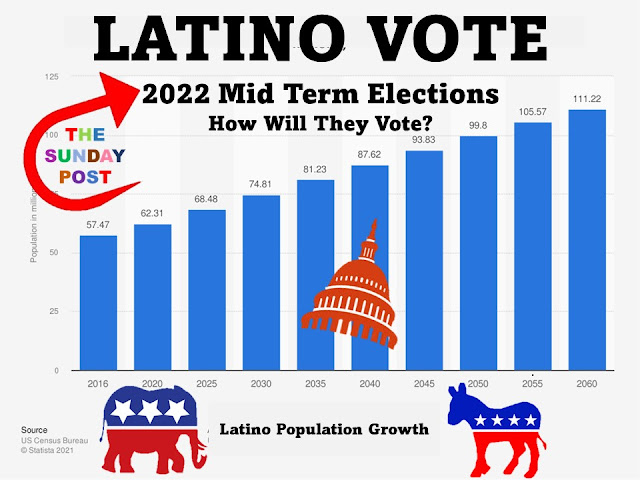 As the Hispanic population grows in Florida, a growing number of local and county governments are developing outreach and liaison programs.

This week Tampa mayor Jane Castor appointed Maribel Garrett as the City’s Hispanic Liaison. You can get more information from the Tampa Bay Times article  by: Juan Carlos Chavez: New Hispanic liaison is ready to help others in Tampa.

As immigration from the Caribbean and across our southern border continues to increase, the demographic numbers in virtually all states in the United States will continue to shift.

For a look at how Florida is doing, check out this article from Florida Politics by: Scott Powers: Florida’s population growth tops in migration, immigration.

The short- and long-term implications of this dramatic demographic shift in the Florida population are not going unnoticed.

From political parties to business and marketing there are significant shifts in how organizations approach the growing Hispanic population.

On the political front, up until now, the major political parties have both treated the Hispanic population in a pleasant but often non inclusive way.

Although there have been some outreach efforts made in both the Democratic and the Republican Party regarding intra party political positions, action committees that focus on Hispanic and Latino issues, there have not necessarily been significant efforts to seek out, secure, educate, promote, and train Hispanic candidates for public office.

Given Hispanic population figures in many counties in Florida, they are significantly underrepresented on city councils, city commissions, and county commissions throughout the state.

All of this will happen as a matter of happenstance strictly based on the population growth, but it makes a great deal more sense to prepare Hispanic leadership, so they can have the necessary practical and political experience to not only run for office but serve effectively in the office they seek.

It's just simply time for the white political power structure to come to grips with the fact that the 51% of white people in Florida will not come together and coalesce to support in significant numbers an all-white political agenda of policies and candidates.

As hard as it may be for some to accept, we are rapidly becoming a new country, a new state, and a new local government. These political entities must reflect the reality of the population and the norms and values of that population as they integrate into our domestic society.

If you don't think that's true, then I would invite you to watch more closely the commercials that scroll across your TV screens. Notice the ethnic makeup of the families used in those commercials to sell everything from cars to groceries.

The marketing people have figured it out, now it's just time for you to get on board.