Backlash for FL Rule Change on Receiving Mail in Prison 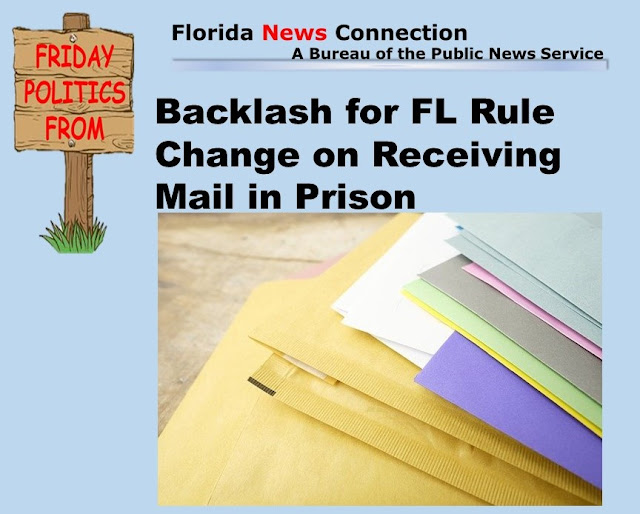 The Florida Department of Corrections now bans people in prison from receiving traditional mail, such as greeting cards and handwritten letters, requiring that it be scanned and sent electronically, with few exceptions. The department says the change was made to reduce contraband from entering facilities, but Denise Rock, executive director of Florida Cares Charity Corp., sees it as choosing to punish the estimated 80,000 people in prison for an offense that affects less than 1% of the prison population.

Rock said the department is taking away important intangibles, such as being able to hold and smell the paper a loved one has written on, "or touch the colors of the crayons that your child wrote a card to you. What we have found from talking to people that are both incarcerated or formerly incarcerated is that this stuff provided an invaluable connection back home."

Rock is urging the Department of Corrections to consider punishing only those who violate mail rules.

Florida is following in the footsteps of several states that have banned or drastically restricted mail. Texas banned greeting cards and artwork in 2020. Michigan and Indiana have taken similar steps. Rock said she believes this approach is wrong.

"The overall goal of incarceration should be that someone comes out and is well connected to their family, and able to get readjusted and reacclimated," she said, "and we feel like this just further isolates them from how the real world functions."

According to the Prison Policy Initiative, 50 years of research has found that visitation, mail, phone and other forms of contact between incarcerated people and their families has positive effects on both. Also, an investigation by the Marshall Project after Texas limited its prison mail found drugs and other contraband still were entering facilities - smuggled in by corrections officers.