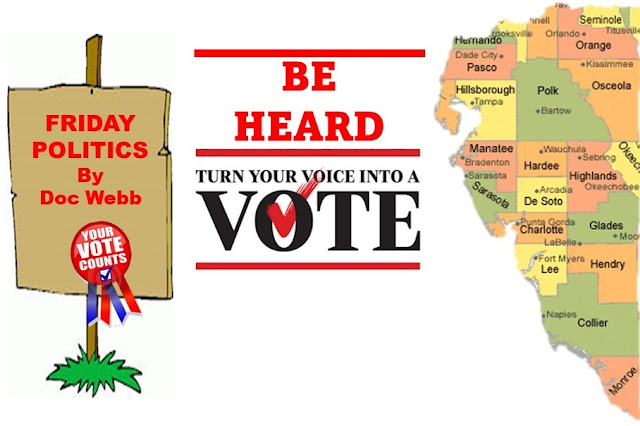 In both upcoming election cycles 2021, and 2022 we are likely to see a growing number of new faces entering the political arena from a broad spectrum of political views and ideas. If recent trends are any indicator, we could see large numbers of candidates in races for Mayors, SWchool Boards, City Commission members, County Commission members, State House and Senate representative seats as well as U.S. Congressional races, which will take place in 2022.

Incumbency has always been a powerful benefit in second, third and fourth tier elected posts in our state, federal, and local governing bodies.

I think we're going to see a change in that this year. In many cases, incumbency may be as big a detriment as it has been an asset in the past. And therefore, I would certainly encourage you as a voter, to take a strong look at the first time candidates who may be running for your local mayor, or your local county commission seat, or your Florida State House or Senate seat. The person that's been serving there for the last 15 years may not necessarily be the best person to represent your interests going forward.

I would encourage you to please not do that.