Is There a Reputable Republican Out There Willing to Challenge Ron DeSantis in The Gubernatorial Primary? 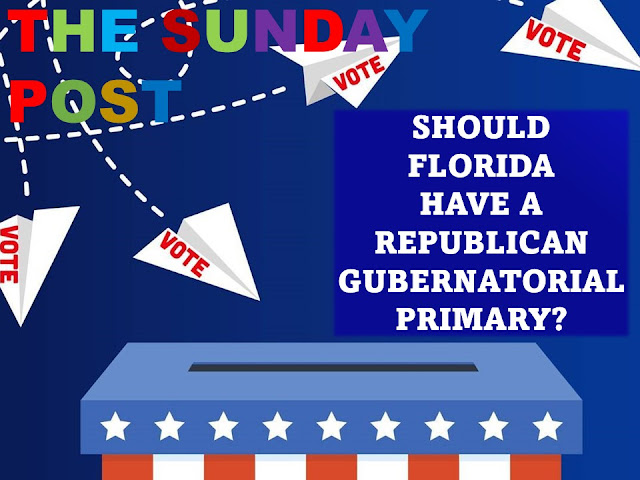 The Republican Party of Florida has some difficult and challenging decisions to make in the next few months.

With current Governor Ron DeSantis’s approval rating slowly slipping South, the question on the table is: does the Republican Party of Florida's leadership think Ron DeSantis can win in the upcoming gubernatorial election?

On the Democratic side, there are likely to be several primary candidates for the governor's office, including Nikki Fried, and Charlie Crist.

Looking at the political crystal ball, at this point, it would really be difficult to say who might emerge victorious in that upcoming primary election for the Democrats. However, for now, Fried and Crist seem to be the most prominent names.

Governor DeSantis’ approach to leading the State of Florida in the past few months regarding the coronavirus and the anti-riot bill have proven to be unpopular with a large segment of Florida voters.

His bullying and threatening tactics used with School Board members and school administrators regarding the mask mandate has left a foul taste in the mouths of a lot of the people on both sides of the issue who vote in this state.

The Governor's continuing legal challenges to court decisions unfavorable to his positions on these issues are starting to irritate the public to say the least.

With somebody like Charlie Crist and his compassionate approach to governing running on the Democratic side, the Florida Republican Party must consider not only can DeSantis win a second term, but if he is weak what might that due to the down ballot races for the Florida House and the Florida Senate?

The Republican Party of Florida may decide to rely on the results of extensive polling to determine whether DeSantis is in political jeopardy. The problem with that approach has been the recent series of elections where the polling was significantly flawed.

The other issue is simply the fact that even though polling can be done quite quickly these days, by the time you get close enough to the primary election to find out the current poll results, it will be too late to react if the polling indicates DeSantis is in trouble.

There are several prominent Republicans in Florida, who could mount a primary challenge to the current Governor, but to do so without the endorsement of the State Party organization would be political suicide. It's certainly true that anybody who decides to mount a serious challenge against the current Governor will without question endure his full force personal and political wrath.

Republican politicians, especially those who have reached an elevated level in the state political hierarchy, are risk adverse. There's no doubt that deciding to oppose Governor DeSantis and forcing a Republican primary for the governorship, and losing, would relegate the loser to the Republican trash pile.

As a lifelong Republican, I am already on record saying that I will not support Governor DeSantis in the upcoming gubernatorial election. I think his approach to the governorship with all its draconian trappings is a travesty for this State and has made us look like the laughingstock of Republican controlled states in the country.

Political leopards like DeSantis, don't change their stripes. There will be no Ron DeSantis 2.0 who is more compassionate, more understanding, more willing to compromise, and less willing to do political and legal battle over any and every issue.

There will just be more of the same.

DeSantis was never really like Donald Trump. He's proven much more to be like Attila the Hun running roughshod and focusing on what he thinks his best and political force to get his way.

I would love to see a gubernatorial race between Ron DeSantis and Charlie Crist. The voters of Florida would never have a starker difference between their gubernatorial candidates.

So, if the Republicans want to stay in power, in the Governor's office, in the Florida House and the Florida Senate, it's just simply time for some serious soul searching.

But remember this, those of you, who serve in the Florida Republican Party organization, if you even begin to talk about this openly, get ready for the full wrath of Governor Ron DeSantis.

He will be coming for you.