Is Jeopardy in jeopardy? Or the Killing of a Franchise 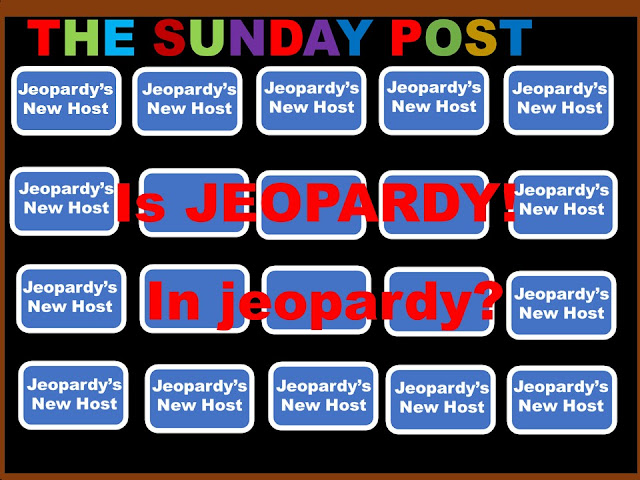 I, like millions of Americans am a longtime fan and viewer of the game show Jeopardy.

If you are a regular or even part time viewer of Jeopardy, you've probably had some degree of interest in the boiling controversy regarding replacing the show’s long time host Alex Trebek.

For a very detailed and somewhat lengthy read on the subject of the recent controversy regarding Jeopardy executive producer Mike Richards and his seamy ascension to the host role, check out From VOC By Aja Romano: The Jeopardy hosting saga has become a cautionary morality tale.

As most of the fans of Jeopardy did, I watched with interest the parade of guest hosts as there was an attempt made at a wide-ranging search for somebody that could match the role that Alex Trebek played in the production of the program.

The process seemed to be well planned, the variety of people that appeared as guest hosts, we're interesting with broad backgrounds. Some seemed actually interested in the role as a career move, others just seemed to enjoy the opportunity to stand on the stage in the footsteps of someone with Alex Trebek’s long display of character.

The fact of the matter was most of the people who were invited to appear as guest host, with a few notable exceptions, have longstanding careers in the media, in television, in news, and other fields. The prospect of hosting a five day a week game show, which requires a great deal of preparations, would have meant putting an end to their current career, not something, it seems, that many of them were interested in doing.

There have been a lot of accolades about Alex Trebek, his integrity, his skills as a game-show host and his long-term ability to stand in the spotlight and remain clear of the scandals that typically surround the medium in which he worked.

If you have ever watched the end of Jeopardy and noted the long list of names of people that are involved in the production of Jeopardy, think for a moment about your own office. Think of all that goes on: the affairs, the intrigue, the backbiting, the striving for position. Mix that into the high-pressure environment of one of the world's most watched game show programs, and you certainly have at least the foundation for an explosive mix.

I think Alex Trebek’s greatest asset was his grace. I personally have rarely seen a more gracious individual host anything on television. In the years of watching him interview or ask questions of the various contestants on Jeopardy, you always got the feeling that he was genuinely interested in their past accomplishments and their interests.

Jeopardy is in jeopardy. It almost seems Sony doesn't understand what they are dealing with.

The real key to Jeopardy's success has long been the fact that the host is the host.

The decision to go through what will most likely be another year of guest hosts beginning with dual service from Ken Jennings and Mayim Bialik of Big-Bang Theory fame, is a bad one.

Jennings, who brings a deep understanding of the program how it works and what it really takes to be host, has been serving in a quasi-executive producer role for some time and does bring at least a hint of the grace that Alex Trebek brought to the program.

Mayim Bialik appears to be more desperately auditioning for a new long-term job than presenting herself as someone who understands the true nature of the game of Jeopardy and protecting its legacy. To me, she often appears intimidated by the very contestants who are participating in the game and every now and then tries to flash her intelligence versus theirs.

Jeopardy has long enjoyed one of the most loyal fan bases in all of television. No doubt a great number of them will stick around for the host selection process and remain faithful to one of their favorite programs.

On the other hand, if this continued circus of a selection process begins to show a lack of respect and grace regarding the contestants, the viewers will quickly note that, and should that be the case you can look for Jeopardy to slowly begin to die the death most game shows ultimately do.